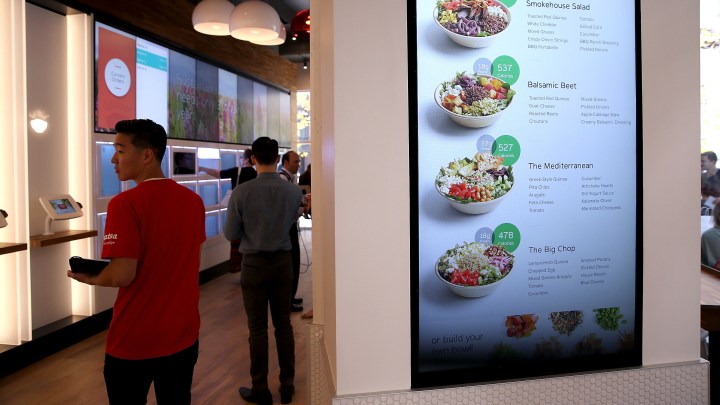 With the ongoing labor shortage, more employers have been turning to automation.

According to the Association for Advancing Automation, U.S. companies’ orders for workplace robots have been on the rise during the pandemic. They were up 40% in the first quarter of 2022 compared to the same time last year.

A few years ago, a lot of industries weren’t ready to commit to automation, said Jeff Burnstein, president of the organization. “They thought it was too costly or too complicated.”

But social distancing rules and the tight labor market changed the calculus, he said. “That’s why we saw an increase in robot orders coming out of the worst part of the pandemic.”

Burnstein said last year’s sales set a record, with industries like agriculture, construction and fast food relying more on automation. So, should workers in those fields be worried?

“It is inevitable that robots will take people’s jobs. There’s no need to sugarcoat that,” said Siddhartha Srinivasa, a professor at the University of Washington who also works in robotics at Amazon.

But automation can create new jobs for people, he said, if companies make the investment. “I think we need to be very deliberate about it.”

Companies that are buying all those robots, Srinivasa said, should have plans to retrain the workers they’re replacing.