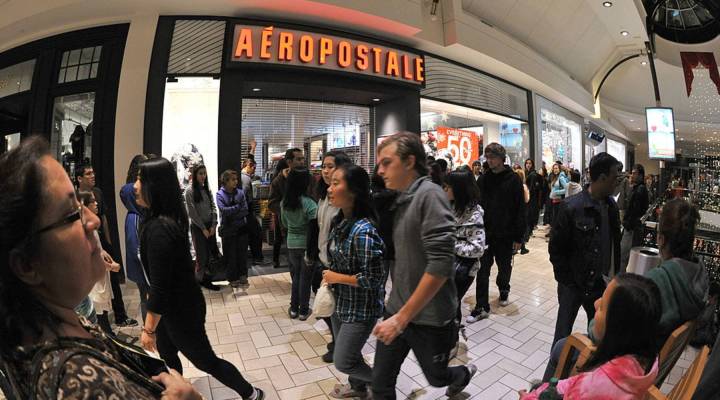 It seems that not even 100 million pierced ears were enough to keep Claire’s out of debt. The jewelry chain filed for bankruptcy earlier this week on March 19. But don’t despair just yet — the company is not shutting down all of its stores. According to the New York Times, Claire’s plans to close fewer than 200 stores over the next four years, going from 1,570 stores in 2017 to 1,400 stores in 2022. One of the reasons why Claire’s is optimistic about its future is because piercings are an in-person service. So even if foot traffic in malls is declining and people are increasingly shopping online, its ear piercing business remains Amazon-proof.

But not every teen brand is that optimistic. The teen clothing market has just been annihilated over the past couple of years, with retailer after retailer declaring bankruptcy and shutting its doors.

Here is a look at the other fallen brands:

In May of last year, Rue21 filed for bankruptcy protection. The company, which operates more than 1,100 stores, had already planned to shut down 400 stores and could potentially increase that number in the future.

“The restructuring is an important step forward in Rue21’s ongoing business transformation into a more focused and highly performing retailer,” the company said in a statement.

In May 2015, Delia’s officially said goodbye when, after a massive clearance sale, it shut down its website. The company filed for bankruptcy in December 2014 to the dismay of many young women who spent countless hours during their teenage years flipping through its catalogues. (No? OK, just me then.)

In September 2015, Quicksilver filed for bankruptcy and announced that it was closing 27 of its 122 U.S.-based stores. Turns out, the brand that catered mostly to surfers and sk8ers was only struggling in the U.S. According to its bankruptcy filing, its businesses in Europe and Asia-Pacific were doing just fine.

When Aeropostale filed for bankruptcy in May 2016, it operated about 800 stores. Months later, the company reached a bankruptcy deal that would allow it to keep 229 stores open. The surviving stores are now owned by two mall operators: Simon Property Group and General Growth Properties.

The Limited and Limited Too

“But this isn’t goodbye,” the company announced in a statement. “The styles you love are still available online — we’re just a quick click away 24 hours a day.”

Sun Capital, the private equity company that owns The Limited, sold the teenage arm of the brand, Limited Too, to Bluestar Alliance back in 2015. The company promised to “bring it all back.”

Wet Seal had been on deathwatch ever since Delia’s went belly up. Just a month after Delia’s declared bankruptcy, so did Wet Seal. Then in January, two years after it filed for bankruptcy, the company finally cut to the chase and announced that it was shutting down all of its 171 stores and going out of business.

Last year also saw the closing of all the remaining 110 American Apparel stores. In November of 2016, the retailer filed for bankruptcy. It was later bought by Gildan Activewear, which had no interest in its stores or factories. And so after 20 years of being an example of a “made in America” company, American Apparel is done. While Gildan manufactures some portion of its products in the Los Angeles areas, its items are also manufactured in factories in  Nicaragua and Honduras. Since its takeover of American Apparel, Gildan made $50 million in sales. This year, it hopes to double sales to $100 million.

Guess all we have left is Abercrombie & Fitch … for now.