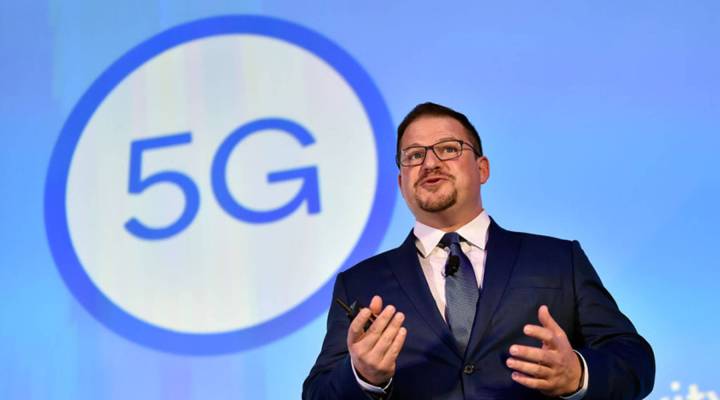 This week President Donald Trump signed an executive order that put a halt on a merger between two giants in the microchip-making business. Singapore-based Broadcom was attempting to buy California-based Qualcomm. The president cited national security concerns in his order to block the merger. At issue was Qualcomm’s role in developing next-generation wireless connectivity, or 5G. Marketplace Tech host Molly Wood spoke with Roger Cheng, executive editor at CNET, about why 5G is so important to U.S. interests. The following is an edited transcript of their conversation.

Roger Cheng: Well, I mean, the most immediate benefit for the consumers is speed, right? 5G is supposed to be a huge leap in speed, in responsiveness and really the ability to connect multiple devices. You see a bunch of these other tech trends: autonomous driving, streaming virtual reality, “internet of things,” all these different kinds of tech themes all really rely on or get supercharged by 5G, because this network is big enough, fast enough and comprehensive enough to connect everything in a much more ubiquitous way than what we have now.

Molly Wood: So it’s almost like, as the internet is to the internet economy, 5G is the thing that will make so many of these other things possible and then businesses we don’t even know about?

Cheng: Exactly. I think with 4G, that was a pretty big leap. We went from basically a dial-up connection to a broadband connection on our phone. And that enabled a lot of different apps like Uber. Basically, a whole new generation of apps and services came out of it. So we don’t really even know what 5G is going to enable.

Cheng: Yeah, I mean, look the Committee for Foreign Investment, or CFIUS, basically pointed out that if Qualcomm were to be taken over by Broadcom, which is based in Singapore, we would essentially lose our biggest player when it comes to 5G, and really the point isn’t about the race to get to 5G first. The point is about who is there to establish what 5G is. Qualcomm, with its legacy of being a huge mobile player, it’s another one of these big players that’s influencing how 5G is going to work. And so CFIUS and the White House determined that having Qualcomm remain an American company was serving the best interest, both from a national security and from an economic perspective.

Wood: So now that the merger is blocked, what’s the future look like, do you think? What’s the sort of timeline? Basically the same?

Cheng: The timeline remains unchanged. I think the biggest thing is the real question mark on whether or not Broadcom would have accelerated or decelerated the rate of 5G development. If Broadcom came in, it doesn’t have the track record that Qualcomm does in terms of investing in proper R&D to get 5G out there. So most folks I’ve talked to are pretty happy that this isn’t happening. The other big thing is Qualcomm sort of serves as a neutral middleman at times for testing purposes. They’re the ones that kind of stand in the middle when you’re testing services between different device makers or different carriers, along with, like, Samsung, and a couple other companies play that kind of critical role of testing to make sure that actually works. And so having Qualcomm as this sort of independent company, still kind of focused on R&D and focused on 5G development, should kind of keep us on that timeline for 5G development.