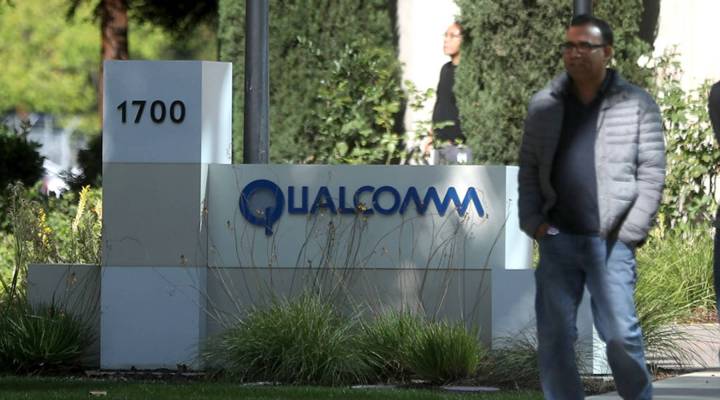 There is high drama in the semiconductor world. That’s not a typo. Singapore-based chipmaker Broadcom has made a hostile takeover bid for its competitor, Qualcomm. Qualcomm refused the offer, and Broadcom is trying to stack the Qualcomm board to force a yes vote. The deal, should it go through, would be the biggest ever in the tech industry at over $140 billion. All that is just the tip of the silicon iceberg. There are growing national security and privacy concerns coming from the U.S. and the European Union over the deal. Not to mention how it will affect competition. Marketplace Tech host Molly Wood spoke with Patrick Moorhead, president and principal analyst at Moor Insights and Strategy, to unpack the deal’s implications. The following is an edited transcript of their conversation.

Patrick Moorhead: So one of the biggest challenges here is that they do so many of the same things. They both do chips that make any phone work. They both do Wi-Fi and they both do Bluetooth. So I think competitively, there will be less competition in the industry. And then I think the other thing to think about is would this pass CFIUS approval here in the United States?

Molly Wood: And CFIUS, we should say here is the the Committee on Foreign Investment in the United States. Lawmakers in the U.S. are asking that committee to actually look into this merger, and some are even calling it a national security issue. I mean, what is that about?

Moorhead: This goes back to essentially other countries being able to spy on us. And the notion is that if you have access to American’s phones or American ally phones, or if you’re making the equipment for the carriers, the phone companies, then you can more easily eavesdrop on Americans’ lines, and that’s the security potential issue here.

Wood: I mean, when I read these stories and I hear you talking, it really sounds like this is not a good idea, and that there’s a lot of headwind, but who wants that to happen?

Moorhead: The only people, and this isn’t everybody, are Wall Street who would like to make, I believe, make a fast buck off the deal. And there’s nothing wrong with making money. I mean, that’s why we’re all here. I just don’t think that if this deal goes south, they come together, innovation slows down. They’re not going to be the bag holders. Meanwhile, the rest of the industry has to sit and live in a potential mess that Wall Street created.

Wood: And then let’s just be really explicit here about what happens if innovation slows down. Are you talking about the rollout of 5G? Like, to what extent could this damage the marketplace?

Moorhead: We have seen unprecedented uptake of 3G and 4G, and then in 2019 we’ll see 5G, and it’s essentially access to all these cool capabilities that don’t just impact smartphones now but also impact the internet of things, like smart cities. The ability for cars to look around the corner in real time and understand if there’s an accident ahead of it so they can apply brakes easier, even self-driving cars. So, you know, the stakes are high here, and it what it does is it slows down that rate of innovation, and what it also does is if people don’t think that 5G endpoints like phones and drones and things like that are going to be here, then the carriers aren’t going to make as quick or big as investments as they might. So it has this ripple effect where people limit their expenditures to innovate.