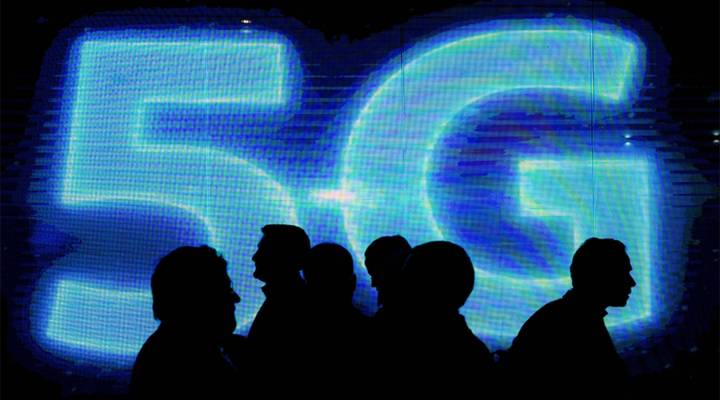 If you ask the major U.S. telecom companies, they’ll tell you the next generation of mobile wireless technology, 5G, has arrived. But things are a little messy right now. Carriers still might mean different things when they say 5G. There aren’t any 5G phones that operate on 5G mobile networks. And when there are, how much is the service going to cost? The big carriers are plowing ahead because they’ll make a ton of money with business opportunities far beyond just talk, text and data plans. Molly Wood talks about the promise of 5G with Nicki Palmer, chief network officer at Verizon. She says the 5G infrastructure may feel far away, but the groundwork is already there. The following is an edited transcript of their conversation.

Nicki Palmer: Wireless networks are really only wireless from that cell tower or that small cell on the corner in your city to your device. The back end is really fiber based. So the fiber infrastructure, we’ve been building that for the last number of years. We have small cells, for example, in all of the top cities around the country in a pretty significant amount. That infrastructure, while not completely sufficient for 5G, lays the foundation for 5G and is completely reusable for 5G.

Molly Wood: Still, when most people conceptualize 5G, they’re thinking: phone, because that’s the context where we have heard it the most. But can you help kind of lay out those other use cases?

Palmer: Initially, you’ll be able to say, “Wow, look how fast this is.” And maybe you’ll run a speed test on your phone and show your friend and that will be cool. But if that’s all it is, we’re missing the promise. It’s not just about gaming and entertainment and movies, but it’s about health care. It’s about environmental impacts. It’s about cities using data that they can gather to reduce carbon emissions in a different way. So when you combine the power of this 5G technology with a bunch of other technologies that are also evolving at the same time that you’ve heard of, things like artificial intelligence and machine learning, things like augmented and virtual reality and edge computing, you put all of that together and now you’ve got capability that can absolutely transform health care. It can transform retail. It can transform education.

Wood: What is it going to mean for our access to data? We know that U.S. consumers pay the most for, in some cases, the least amount of mobile data. And I wonder how that equation might change with 5G.

Palmer: Well, I think it’s a little early to tell, to be honest. We haven’t announced pricing plans, but there’s some fundamentals that I think are true. Right now unlimited plans are more the norm than megabyte-based plans. So giving consumers worry-free access to data we think continues to be important. That’s what customers want.