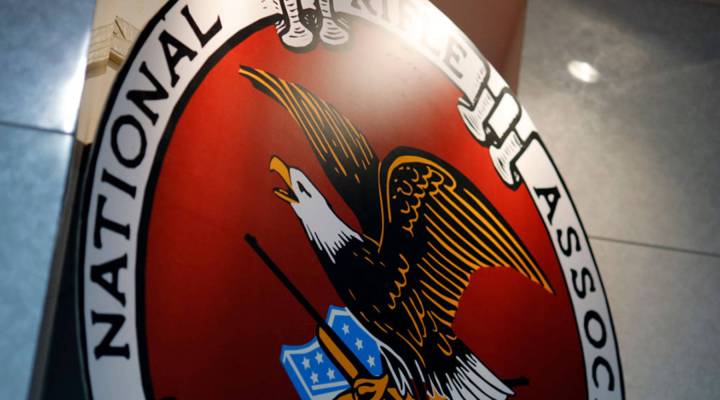 The National Rifle Association comes across as a big national-level political lobbying group, but a lot of what the NRA actually gets done, policy-wise, happens at the state level. And the NRA has been particularly successful in one state, Florida.

Mike Spies is a staff writer from The Trace, a nonprofit news organization that covers gun violence in the America. Spies wrote about a 78-year-old woman who he and others call the most influential lobbyist in the country since 1970s. Marketplace host Kai Ryssdal interviewed him about how lobbyist Marion Hammer helped Florida establish laws like concealed carry and “stand your ground.” The following is an edited transcript of their conversation.

Kai Ryssdal: One of the things about Marion Hammer that struck me in this piece was that it’s pretty explicit by those who have been on the receiving end of her lobbying efforts that she’s playing a long game, that state legislators in Florida are there for two, four, six years and she’s going to be around for a long time and she will keep whittling away these issues.

Mark Spies: Right. You know there are times when she has dealt setbacks. When she introduces a bill, or she has, I should say, a lawmaker introduce a bill.

Ryssdal: That was an interesting slip of the tongue though, right? Because that’s sort of the name of the game in this piece — is that she is active to the point of authorship of a lot of the gun legislation that’s been happening in Florida.

Spies: Yes, she’s generally using lawmakers in Florida as her proxies. I mean she’s a lobbyist not a lawmaker, so she’s not literally allowed to file a bill and to vote on it. She needs a member to do that. But she’s behind the policy and she’s overseeing its development throughout the entire process.

Ryssdal: Somebody in this piece points out that one email from Marion Hammer, NRA supporters and members in the state of Florida can be worth more than like a 100,000 television ad buys in terms of political influence. And with that in mind and with the acknowledgment that there is a substantial amount of money at play in Florida here — NRA money — talk to me about Governor Rick Scott who is rumored to be running for or thinking about running for the Senate down there this fall, who pays attention to what Marion Hammer says. It all kind of plays into that.

Spies: Yeah. He in particular owes a lot. It was a great debt to her because when he took office, or he was running first in 2010, he was a complete political neophyte. He never held office before, and he had no legislative history to speak of. And in the primary that year, the NRA, Marion specifically, gave them a big boost, effectively endorsing him over his primary opponent. And then going forward in 2014 when he was up for re-election, the NRA did spend quite a lot of money helping to re-elect Rick Scott. And he’s of course, until now, never taken a position remotely contrary to anything that she has asked for.

Ryssdal: And we should say in the wake of Parkland that Gov. Scott has seemed at least more amenable to some kind of gun control legislation in the state of Florida.

Spies: That’s right…Even though these things he’s asking for are fairly modest, like raising the minimum age limit to purchase a long gun from 18 to 21, or mandating three-day waiting periods for all gun purchases. They’re not major policy reforms in the way that banning assault weapons might be, but they are still contrary to what Marion is calling for. So we’re in uncharted territory when it comes to that.

Ryssdal: How much has Marion Hammer been able to capitalize, both in terms of political funding but also an influence, in this idea of gun ownership in this country being part of a group identity, and then that having such sway that people will respond to her pleas for money or emails to legislators and people in position to do something about that.

Spies: She’s gotten a huge amount of mileage out of that concept. And I think you know she’s one of the originators of that concept which now, that’s an idea the NRA sells in general to its members. But she’s been cultivating this “us against them” mindset since the 80s. So when she raises some issue, perhaps like a Republican lawmakers voted the wrong way on something and broken with the flock, she’s taught hundreds of thousands if not nearly 2 million people to immediately respond to her requests, and that means emailing them, emailing the governor’s office, telling them to not do the bad thing that they’re about to do, or undo the bad thing that they have done, and that always results in many thousands of emails. She’s proven that she can mobilize those people so effectively that everyone is not only aware of it but it’s to some extent afraid of it. It’s her leverage.

Ryssdal: I imagine gun rights advocates and NRA supporters in other states now look to Florida for how to get their policy goals met.

Spies: Yeah, she’s the example…There is no more successful, especially state gun lobbyist. The NRA has got — its state lobbying apparatus I think consists of I don’t know 15 or 16 lobbyists on staff, and a lot of them actually work out of the headquarters in Virginia. They’re responsible for a few different states, and they fly out to them when major policy issues come up and then they go back to Virginia. But Marion is the rare lobbyist who’s stationed in the state which she lobbies. In over four decades, she’s just managed to insinuate herself into the legislature. She’s not part of the government, but in a lot of ways she’s very much part of the government.