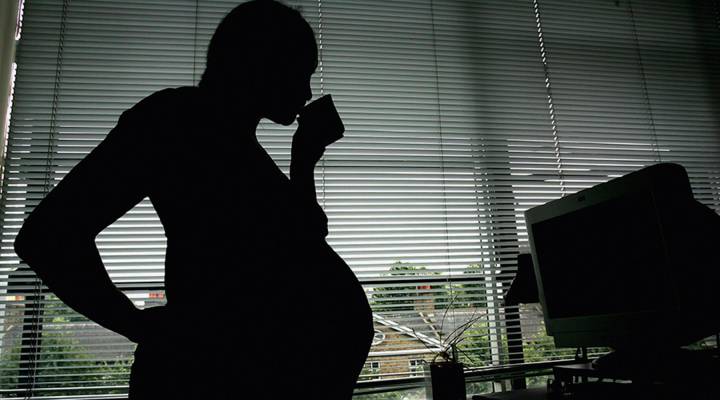 The conversation around women’s rights at work has been very focused on harassment lately with the #MeToo and #Timesup movements, but this year also represents a very significant anniversary for women in the workplace. It’s been 40 years since the passage of the Pregnancy Discrimination Act.

Gillian Thomas, senior staff attorney at the ACLU’s Women’s Rights Project, stopped by to discuss the history behind the Pregnancy Discrimination Act and what’s happened with workplace discrimination protection for pregnant workers in the following 40 years. Below is an edited transcript of the conversation.

David Brancaccio: So tell us a bit of the story of, it wasn’t really a case, this really was Congress’s thing, but what was the catalyst for the legislation back in ’78?

Gillian Thomas: So the 1964 Civil Rights Act had been in place for over a decade barring sex discrimination in employment. But a case ended up going to the Supreme Court challenging General Electric’s temporary disability benefits policy for its employees and the policy which provided for income replacement during times of incapacitation due to a medical condition expressly excluded pregnancy and childbirth. And so a group of women from General Electric challenged this exclusion as being sex discrimination under the Civil Rights Act and the Supreme Court disagreed with them. The Supreme Court found that because not all women have children then pregnancy is not a sex based characteristic. It was just another kind of medical condition that the company had decided not to cover. In the infamous words of the court they divided the people covered under the policy as “pregnant and non-pregnant” persons.

Brancaccio: I see. So that’s what happens at the Supreme Court. But this is noticed by the wider society and the reform effort is mounted.

Thomas: It really created a great deal of outrage and fairly quickly. Congress acted as it often does in response to Supreme Court decisions with which it disagrees and enacted the Pregnancy Discrimination Act. So the PDA amended Title 7 in two respects. It makes clear that sex discrimination includes discrimination because of pregnancy as well as related medical conditions. And then it also said that for all employment related purposes, whether it’s benefit policies like General Electric’s or other kinds of benefits that pregnancy must be treated the same as other medical conditions. Pregnant workers are to be treated the same as others similar in their ability or inability to work. So if you have a comprehensive health insurance plan or disability benefits plan and it covers medical conditions that are similar to pregnancy or impairments that are similar to pregnancy, you have to cover pregnancy too.

Brancaccio: All right. And at the time Democrat Jimmy Carter is the president, he signs this into law and society solves its problem.

Thomas: Oh, from your lips to God’s ears. No, I’m afraid not. And here we are 40 years later and pregnancy discrimination really remains distressingly common. I would say it’s the top kind of complaint that we get on our intake line and the kinds of discrimination we see range from the most blatant. You know, you inform your boss of a pregnancy on Monday and you’re fired on Tuesday. That still happens. It’s especially prevalent for low-wage workers, workers who don’t have a lot of bargaining power in the workplace. Then there’s also sex stereotyping that happens when someone announces a pregnancy. So suddenly you’re not sent on that big business trip that you were going to be on because your employer thinks oh you’d rather be here at home, you’d rather be resting, it’s not safe for you to travel.

Brancaccio: Which could harm a person’s career.

Brancaccio: But on this point of one announces one is pregnant and they get fired the next day. I mean surely employers are sophisticated enough to not say it’s because you’re pregnant. Don’t they find some other pretext?

Thomas: Most of them do. You’d be surprised how blatant employers can be in this area especially in circumstances where the workers have very little bargaining power and employers frankly aren’t that afraid of the repercussions. But yes, frequently the firing will come in the form of a downsizing or some sort of probably manufactured performance problem.

Brancaccio: But help us understand what might be a more nuanced part of this which is if a person is pregnant or in a certain stage of pregnancy there actually may be parts of a job description that you can’t carry out?

Thomas: That’s right and that’s really the most active area of litigation and difficulty that we see women having these days. It involves circumstances where a woman’s job might be such that the physical manifestations of pregnancy do conflict with her ability to stay on the job. So for instance low-wage workers who are on their feet all day whether they’re working in the hospitality industry or the retail industry or a cashier in a grocery store have to be on their feet all day bending and lifting heavy loads and then also women who are in male dominated sometimes hazardous jobs like law enforcement officers or firefighters. Those are situations where I think we would all agree that it’s healthy for the pregnancy and best for doing the job that there be some temporary modifications to a woman’s position. Unfortunately, even though the law requires that employers are supposed to give the same kind of “accommodations” to pregnant workers that they do to others similar in their ability or inability to work those magic words from the PDA, they’re not doing it. And this was an issue that the Supreme Court addressed almost exactly three years ago in the Young vs. United Parcel Service decision which was a case involving a U.P.S. driver who had to occasionally lift heavy loads and asked to be excused from that.

Brancaccio: And in the end?

Thomas: In the end the court reaffirmed the principle of the PDA that those who were similar in their ability or inability to work couldn’t be treated any better than pregnant workers in that situation. U.P.S. had a policy of giving modified duty assignments to three categories of workers. Those who had been injured on the job, those who qualified for an accommodation because they had a disability under the ADA and those who had lost their commercial driver’s license and it could be due to a health condition or could be just because they had a DUI that they had lost that ability to drive. And the court said those three categories were not demonstrably different from a pregnant worker who couldn’t perform her duties as a driver because of a heavy lifting restriction and so they sent it back to the trial court to assess why the pregnancy exclusion should be justified. The case ended up settling.

Brancaccio: When a working person finds out that they’re expecting a child, there’s a lot of issues that come up. They include financial, but also what happens to me at work? They may turn to you for some advice. What is it, bone up on the law and know your rights?

Thomas: Knowing your rights and being armed with the facts is always something that makes you more powerful and there are a lot of online resources that folks can look at. Most notably the Equal Employment Opportunity Commission has a website and defines your rights on the job. I think the way to approach informing an employer about a pregnancy is to know you’re not required to inform. A lot of people think that they’re doing a good deed by telling the employer the minute they find out and you’re not required to do that. What I would suggest is when the time is coming to be planning a leave that there be very open and honest conversations where the worker comes armed with a plan for how to make things work while she is out and then a plan for reintegrating upon her return. This of course assumes that she has access to leave. Sadly only 13 percent of the private workforce in this country has access to paid leave and only 60 percent have access to unpaid Family Medical Leave Act protection. So it’s unfortunately a very big if when one becomes pregnant whether one is going to be able to keep one’s job.

Brancaccio: So who would get no leave, part-time workers in certain situations?

Thomas: Forty percent of the workforce is not covered by the Family Medical Leave Act which is the guaranteed 12 weeks off for recovery from childbirth so those are people who work in companies that are under 50 employees, that’s the threshold for the FMLA or they haven’t been working for an employer for a full year. And yes also having worked the sufficient number of hours in that prior year is another point of eligibility. So there are some state laws and city laws that are thankfully moving into that breach to make sure that having a pregnancy doesn’t mean losing a job but between the discrimination that workers face that is really quite blatant these days, the lack of accommodation if an employer says “I’m not going to give you that stool or that extra water break that you need to have a safe pregnancy so either defy your doctor’s orders and stay on the job or get out” or simply because the act of having a baby means that there is no leave and means that someone could actually lose her job. It’s not a great landscape.

Brancaccio: So 40 years on after this act, what do you think? The legislation needs to be tweaked or is it an enforcement issue?

Thomas: I would say both. As for enforcement I’m really quite shocked at how often employers say when we ask in litigation tell us about your anti-discrimination efforts. All they have in place is an anti harassment policy. I don’t think a lot of employers, maybe the highest tier who have fancy law firms advising them at every turn, but really especially smaller employers just don’t understand their obligations or just aren’t informed and so there’s a lot of … there are a lot of just bad decisions being made out there. But then yes I mean, we count on the federal government and our state and local law enforcement agencies like the EEOC and its analogues to be bringing these cases. The EEOC has been extremely aggressive on this front and I applaud them for that. But then there is movement afoot both in Congress and in state legislatures to enact what are called pregnancy accommodation bills and it’s essentially to enact for pregnancy the same kind of protections that disabled workers have. So the ADA says that if you have a worker with a disability you’re required to accommodate that worker, to engage in an interactive process to identify an accommodation and accommodate that worker unless it would be an undue burden. That obligation is not there for pregnant workers. So that’s the effort of the Pregnant Workers Fairness Act, PWFA, that’s pending in Congress and has been for the last several Congresses and have been enacted in roughly 25 states around the country.