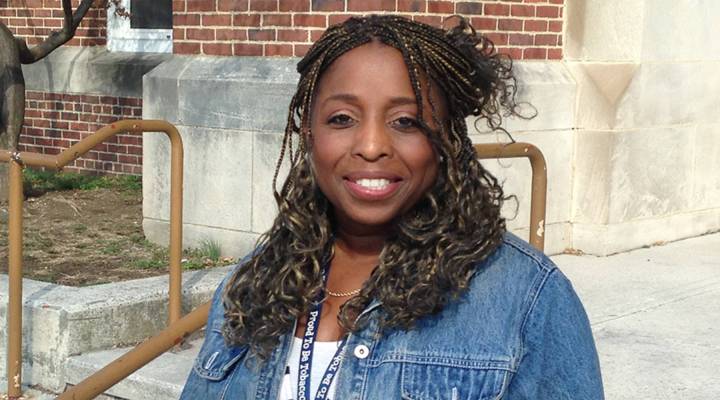 On Monday, the Supreme Court will hear arguments in Janus v. American Federation of State, County and Municipal Employees, or AFSCME. It’s the biggest challenge to organized labor in years.  The case questions whether public-sector unions have a right to collect fees from government workers who refuse to join, but are still represented by the union.

Wendy Smith, the school nurse at Pimlico Elementary Middle School in Baltimore, is also president of Local 558 of AFSCME. She can understand why someone who’s not in the union would balk at being forced to pay the fee, which averages around $400 a year.

“I definitely get it. You know, I’m a single parent,” she said.

Smith’s argument to those non-members?  The union uses those fees for negotiating contracts, benefits, higher wages and filing grievances.

“Look at the value that you’re receiving for this $400, that you have received,” she argued.  “Your wage increases.”

Smith said public-sector unions have been a way into the middle class for many African American families, like hers. Janelle Jones, with the Economic Policy Institute, looked at median hourly wages for African Americans in government jobs.

Jones said black men in government jobs also make more. If the Supreme Court rules against AFSCME, and the union can’t collect the non-member fee, it could undermine public-sector unions in 22 states, which would still have to represent everyone, whether they paid or not.

“And so a weaker union is going to be less able to protect its workers, and the people who basically need the most protection are those who are usually discriminated against,”  Jones said.

Brad Hershbein is an economist at the W.E. Upjohn Institute for Employment Research. He said about a quarter of all state and local government workers are people of color.  If AFSCME loses and public-sector unions have less bargaining power to negotiate wage increases, he expects to see an impact.

“You could begin to see increases in inequality, and perhaps even increases in poverty among that sector of the population,” he said.

Of course, the unemployment rate is low right now. Some employers are having a hard time finding employees. So that gives many workers – union and non-union – some leverage. But, Hershbein said, that won’t last forever.