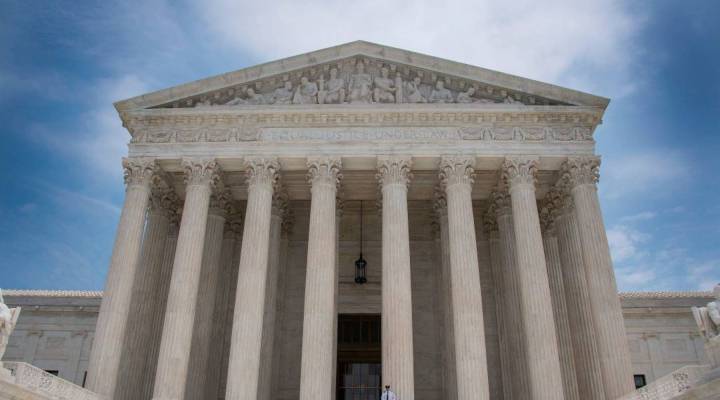 On Monday, the U.S. Supreme Court will hear oral arguments in Janus v. American Federation of State, County and Municipal Employees — a case that some view as the biggest threat to labor unions in years. If the justices rule in favor of the plaintiffs, millions of public-sector workers would be able to opt out of paying dues to their labor union.

At issue are what are known as fair-share fees, in which workers who are covered by union-negotiated contracts have to pay a portion of the union dues, even if they are not members. These funds cannot be used for political activity, but they can be used to cover the costs of negotiating and enforcing a union contract. Unions say that such fees help prevent the “free rider” issue, where workers reap benefits of a unionized workplace without paying for it.

In 2015, Mark Janus, who worked at the Illinois Department of Healthcare and Family Services, sued his local union, arguing that paying fair-share fees curtailed his freedom of speech.

“The union voice is not my voice,” Janus wrote in a 2016 op-ed in The Chicago Tribune. “The union’s fight is not my fight. But a piece of my paycheck every week still goes to the union.”

As of last year, 28 states have passed legislation known as right-to-work laws, under which workers cannot be required to pay such fees. If the Supreme Court rules in favor of Janus, as it is expected to, an estimated 5 million workers in the other 22 states would be able to opt out of paying fair-share dues. That’s revenue that labor unions cannot afford to lose.

Facing potential reductions in membership and revenue, unions view the Janus case as a direct attack on them and their members.

“Strong unions provide a powerful voice to working people and a road to the middle class, particularly for women and people of color,” Lily Eskelsen Garcia, president of the National Education Association, told reporters earlier this month. “To attack them is to attack anyone who seeks to better their own lives, the lives of their families and entire communities.”

If all of this sounds familiar, it’s because it is. Back in 2016, the Supreme Court heard Friedrichs v. California Teachers Association, a similar case involving California teachers who argued being forced to pay fair-share fees violated their First Amendment rights. But after Justice Antonin Scalia’s death, the court was deadlocked. This time around, Justice Neil Gorsuch — who was appointed by President Donald Trump to replace Scalia — is expected to cast the deciding fifth vote in favor of Janus and the other plaintiffs.

About 10.7 percent of workers were members of unions in 2017, according to the U.S. Bureau of Labor Statistics. That’s down from 20.1 percent in 1983. Unions fear that expansion of right-to-work laws might drive those numbers even lower.