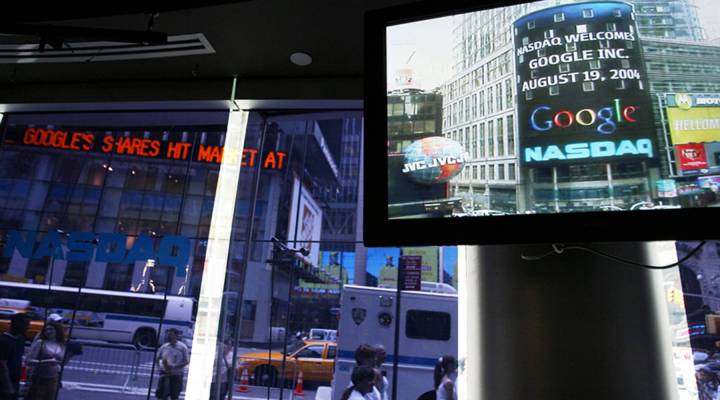 Molly Wood: It feels like there’s all this pressure for these companies to go public. Is that because investors want to get paid back?

Annie Lamont: Absolutely. People are looking for liquidity. And it’s not just the investors. It is the rank and file, it’s the employees. You know, it’s hard, particularly in companies like Airbnb and Uber — they’re not going to be sold. Once your evaluation — even Dropbox — gets to be 5, 7, $10 billion, how many purchases are there of assets of that scale? So if the founder’s goal is to build a lasting iconic company, then eventually he probably wants to go public, partly as a branding event and also a liquidity event.

Wood: Yeah, talk to me a little bit about that branding event. That’s kind of an intriguing concept. Is it also a whole lot of marketing?

Lamont: Oh, absolutely. It’s the best marketing event you can have. We’ve had many companies, and 80 percent of our companies have been sold versus gone public, and the companies that have been sold, in general, evaporate in terms of the public consciousness. Five years later, nobody knows who they were.

Wood: There’s also this talk in the venture community about public markets being broken. You’ve got Spotify pursuing this alternate IPO, Eric Ries starting the alternative stock exchange. How big do you think that trend gets? Is a traditional IPO even a good idea?

Lamont: Well, in the last 20 years, there are half as many companies that are public. There are far fewer public companies because there are other options. I mean, one, it’s definitely more costly. You also have a higher threshold to go public, in terms of scrutiny and risk and liability. And simultaneously you have enormous pools of private equity, and some of those are more venture-like, to support a much later-stage funding environment for the Ubers and Airbnbs. But you also have enormous funds like Blackstone. I mean, a $20 billion company is now owned by Blackstone, as opposed to, you know, certainly 20 years ago, they would have gone public.

Wood: Then, what does that mean for the actual public? Does the public miss out on the opportunity to be invested in Uber?

Lamont: If you’re defining the public broadly, the reality is that state pension money, endowments, corporate pensions — there’s a lot of money that is in private equity firms, that is in venture capital firms, and that money is being invested in these same companies.

Wood: But you don’t get that opportunity to be the one who bought Apple stock really early or Amazon stock.

Lamont: That is true.

Wood: You’ve been doing this a while, you’ve been working in venture for more than 30 years. Was there a time when you invested in a company that went public and it ended up being a mistake?

Lamont: You know, I can think of one company 20 years ago that we took public, and the two competitors to it immediately disappointed in the markets. And it created a sort of spiraling downward in terms of the morale and attitude of the employees, and our ability to recruit new employees and physicians to the company, so it actually — it was devastating, because I think if we hadn’t had a stock price that people were focused on, people would not have felt the downstream value that they did by being public and then watching the stock drop 70 percent a month after an IPO. Stock price does drive the perception of a company, and we overvalue what we can quantify sometimes.