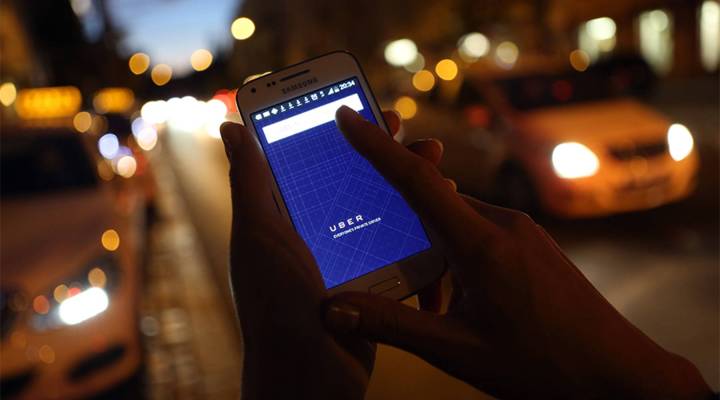 COPY
Companies like Uber that have filed for IPOs are stalled while the SEC lawyers and accountants who work on IPOs are shut down along with the government. Adam Berry/Getty Images
Government shutdown 2019

Companies like Uber that have filed for IPOs are stalled while the SEC lawyers and accountants who work on IPOs are shut down along with the government. Adam Berry/Getty Images
Listen Now

It’s been a big story that tech companies are staying private longer. And there are fewer and fewer tech IPOs. It seemed like the drought was lifting: Uber and Lyft have filed for initial public offerings, and there were rumors that Airbnb, Pinterest and Slack might finally pull the trigger. But three weeks into 2019 and the Securities and Exchange Commission isn’t picking up the phone. The SEC lawyers and accountants who work on IPOs are shut down, along with the government. And if this shutdown goes on much longer, the big names might be fine, but it could chill the whole tech IPO resurgence. Molly Wood talks about it with Corrie Driebusch, a reporter who covers markets for The Wall Street Journal. The following is an edited transcript of their conversation.

Corrie Driebusch: You think of IPO windows and you think of that as the time when the stock market is doing well, when there’s not many big stock swings, when there’s not a lot of political risks. So a lot of people thought this first half of 2019 was going to be a really good time and anything that delays, that pushes them back from that could be problematic.

Molly Wood: How does this affect a company that’s smaller than Uber or Lyft, if there’s a smaller startup that is hoping for an IPO to really raise a lot of capital?

Driebusch: That’s where it’s more concerning, and everyone we’ve spoken with points to biotechnology companies as really those that are most at risk right now. Biotech companies burn through cash really fast. Trials are very expensive, and you need to have a lot of trials before you can go back and forth with the [Food and Drug Administration] to get your drug approved. So besides the fact that the FDA is under the shutdown partially as well, so they can’t even talk with the FDA, biotech companies, from our conversations, are most eager to find either a workaround to be able to try to go public and raise money or they’re the most desperate for the shutdown to end.

Wood: Are there long-term consequences to putting IPOs on pause like this?

Driebusch: Some of the biggest concerns over the past several years have been that we just don’t have as many public companies anymore. Folks that we talked to said as the shutdown continues, companies that were planning to go public, it’s more impetus to choose other routes. When companies are filed for a very long time, I was talking to someone who was saying, when they’re sitting just waiting for an IPO, all of their financials are available if somebody wants to look through SEC filings, that could make them ripe for the picking for [mergers and acquisitions], can make them ripe for the picking for other private financing that keeps them private longer, or maybe something’s going to change in their operations in that period of time which then they don’t feel confident going public.