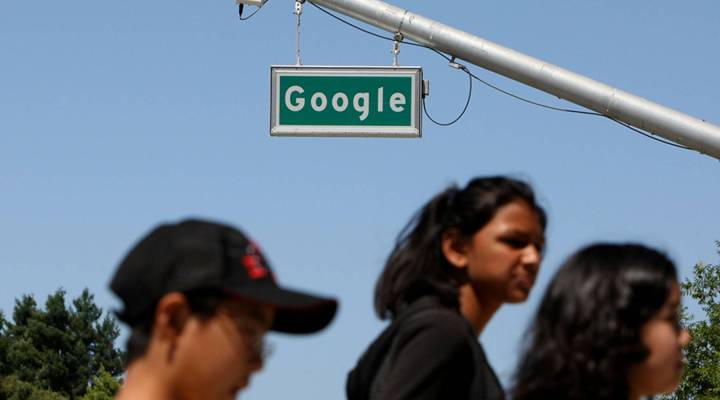 We’re continuing our look at how technology is impacting Wall Street this week. Today, we explore how the tech industry is starting to question the whole idea of Wall Street.

The tech industry isn’t always a big fan of the whole becoming-a-public-company process. Companies like Google, Facebook and most recently Spotify have tried disrupting initial public offerings with different share classes and direct listings. Then there’s just deciding not to go public.

While 2018 has seen a lot of tech IPOs, for a while there it was easier to spot Bigfoot than a tech IPO. Part of the reason is that lots of small startups are getting bought up by bigger companies (often publicly traded ones) instead. And others can get plenty big without going public.

“Previously — 10, 15, 20 years ago — in order to find the types of capital or late-stage (venture capital) money that companies would need to grow, the public markets truly were the only place for them to find that type of money,” said Nizar Tarhuni, head analyst at PitchBook, a research firm that studies public and private markets. “And today that paradigm has shifted where you can still find that in the private markets.”

Translation: In the old days, when you got to a certain size, you had to go public in order to get bigger. These days, you can just raise more money.A Wall Street Journal analysis found that last year alone at least $2.4 trillion was privately raised in the United States. That’s compared to $2.1 trillion in public markets.

And $35 million of that private money came directly from crowdfunded investments in startups or existing companies. The JOBS Act of 2012 made it easier for nonaccredited (i.e., small-time) investors to put money directly into companies.Howard Marks, the CEO of StartEngine — a kind of GoFundMe for startups — said the JOBS Act has been good for entrepreneurs who aren’t finding it so easy to get venture capital.

“The Silicon Valley group have a real biased view of the world,” Marks said. “They love those white males from Stanford, but they are not really giving access to women, to minorities. They tend to be very biased in what they do.”

He said StartEngine has raised about $60 million for more than 100 companies since it started in 2014.

It’s not the only platform of its kind. There are others, like Wefunder, Localstake and Fundable.

One downside of investing in private companies, though? It’s not clear how you get a return on that investment. Marks said he’s working on it.

“We are releasing, down the road, a trading platform where ordinary investors will be able to post their shares for sale in, very much like an eBay fashion model, where you can trade. And that’s probably the next big thing for our marketplace is to try to figure out how to give liquidity to these investors.”