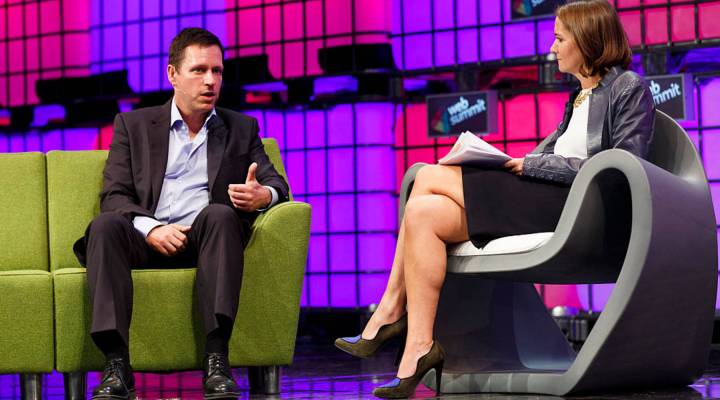 We’re used to hating on Wall Street. Silicon Valley? Not so much. But though they produce different products — mortgage applications vs apps — look beyond the initial interface design and the two are actually not all that different.

“If Goldman is a giant face-sucking squid then Google and Facebook are Predator and Alien,” said Scott Galloway, a professor of marketing at NYU’s Stern School of Business.

Both Silicon Valley and Wall Street are made up of powerful companies focused on shareholders. So both should fall under the same scrutiny, said Galloway.

“At the end of the day, it’s the same dog, different fleas,” he said. “The best kids in my class at NYU ten years ago went to work for Goldman. Now they’re going to work for Facebook and Amazon.”

The tech industry, he notes, has some built in advantages. “People feel more affection for their iPhone than their mortgage,” he said.

Lately, however, the tech industry has come under growing scrutiny. There are rumors that Hulk Hogan’s lawsuit against online magazine Gawker, over a leaked sex tape, may be bankrolled by valley billionaire Peter Theil. Amazon was outed as a heartless employer. And residents of San Francisco are up in arms over reports that the city is quickly becoming gentrified by new tech money.

Still, Silicon Valley has done a better job branding itself than Wall Street, said Thomas Ordahl, chief strategy officer at global branding firm Landor.  Just ask the average American to name a few wall street leaders, he said, and many of us of us would have a hard time.

“In some ways, Wall Street is hidden behind Wall Street, he said. “It’s more of a place and an entity and an industry than it is a collection of individual people.”

He continued, “but if you ask them about Silicon Valley I’ll bet they could come up with a few names quite quickly.”

Silicon Valley should be in the spotlight said Jospeh Turow, the Robert Lewis Shayon Professor of Communication  at the University of Pennsylvania’s Annenburg school of Communications.

“It helps to guide the critical technologies of our society. It’s publishing society’s most widespread stories, news and entertainment. It’s interfacing with the educational system, the retailing system and the security system, and Wall Street,” he said.

Tech companies, notes Turrow, have begun to realize that in order to be successful they need to have influence in government, and in politics.

“Over a decade ago, Google and Facebook had almost nobody in the lobbying industry,” said Turow. “But now, they’re major powers in that area. They themselves have begun to realize that to be players, you have to play.”