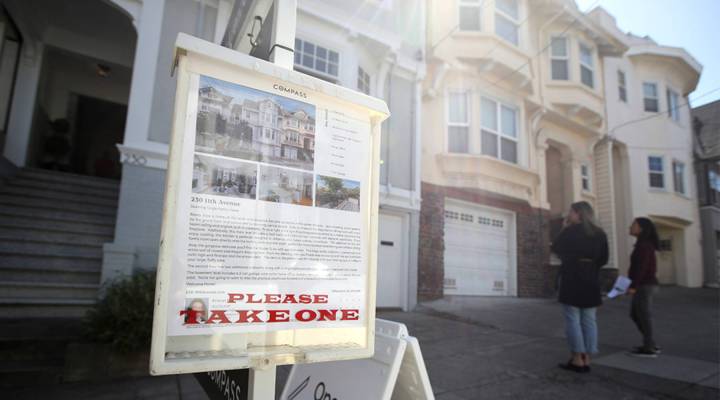 COPY
People look at a home for sale during an open house on April 16, 2019 in San Francisco, California. In the wake of several tech IPOs, San Francisco is bracing for its already expensive real estate market to get even more expensive. Justin Sullivan/Getty Images
Marketplace Tech Blogs

People look at a home for sale during an open house on April 16, 2019 in San Francisco, California. In the wake of several tech IPOs, San Francisco is bracing for its already expensive real estate market to get even more expensive. Justin Sullivan/Getty Images
Listen Now

The city of San Francisco’s Budget and Legislative Analyst’s office is even more pessimistic than Glenn Kelman, on home prices anyway. It estimates more like an 11% increase in prices resulting from all the IPOs. A separate real estate agent and data analyst said that if all the companies about to go public stay successful and keep bringing in new employees and paying them well, that prices could double over the next five to 10 years. That’s assuming, of course, that everyone doesn’t just move away.