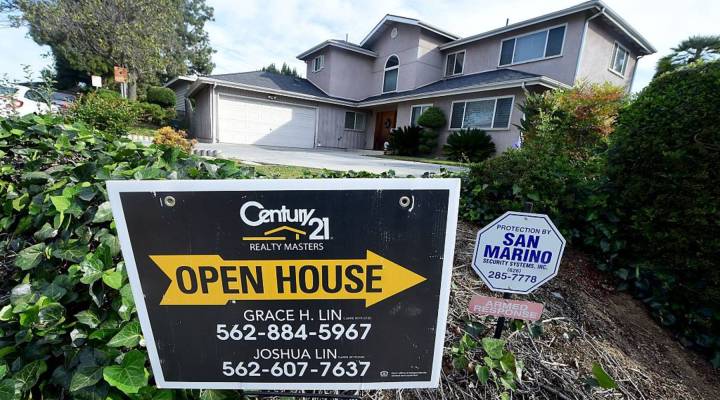 When a city becomes a tech hub, it usually also becomes a bubble: a housing bubble, a pay bubble and an industry bubble, to name a few. The tech world talks about these bubbles like they’re inevitable. But what if they weren’t? Glenn Kelman, CEO of the real estate site Redfin, argues in a piece published on LinkedIn that reporting tech employees’ stock payouts properly could distribute wealth more evenly throughout the country. The following is an edited excerpt of his conversation with Marketplace Tech host Molly Wood.

Glenn Kelman: Silicon Valley has been playing by different rules than the rest of America, where we’ve been able to pay software engineers and other folks with stock instead of cash and it doesn’t count against our profits. As a result, there have been these crazy housing booms in Seattle and San Francisco and Boston and Austin and Portland and all the places where there are a lot of tech companies. And now Wall Street has had enough. They’ve said, “Enough already, we’re going to count it all.” And it means that all of us are under a different pressure to find lower cost labor. And it all starts with a little accounting trick.

Wood: And then that stock-based compensation overall was just sort of invisible.

Kelman: Yeah, and then it just pumped a lot of dough into a city like Seattle that hadn’t seen that kind of money before. I mean, I’m not saying that it’s bad to pay people well, but I think the net result has been that housing has really gotten expensive in Seattle. The complexion of the city has changed, and we’re still struggling with the growth.

Wood:  You’re very optimistic about how this shift could also help even out our politics a little bit, or even out the discourse?

Kelman:  I think so. I mean, I’ve been with somebody who watched (Uber CEO) Travis Kalanick in the back of an Uber with his legs spread wide and a supermodel right and left. And this is someone from the Midwest who just said “everything about that” — even before he chewed out the driver — “everything about that is so wrong.” And there is such a sense of disconnect between the middle of America, and what is sometimes perceived as this entitled tech class.

And, by the way, I fully acknowledge that I am part of that. But when you come to the middle of a country, you meet people who have different values. You meet people who voted for a different guy. And there’s a discourse there. Part of the problem in this country in the last election was that so much of America felt economically left behind, that the economy that was working for California and Seattle and Boston and New York wasn’t working for Ohio and parts of Texas and the rest of the Midwest and the South. So, that kind of inequality just can’t exist forever. Sooner or later, it’s just an arbitrage opportunity. A capitalist is going to say, “I’m going to open a software company in Charleston, South Carolina,” and it’s going to close some of the gap.

So, that’s what I’m excited about. I think the future needs to come to the whole country sort of at the same time. And for the longest time, it didn’t, because we had our head up our butt. And we said the only place you can build a tech company is in San Francisco. And it’s just not true.

Wood: Right, and the double whammy — we had our head up our butt, but we were also letting companies get away with fibbing about their compensation.

Kelman: We had our head up our butt, and we didn’t have to pay for it.