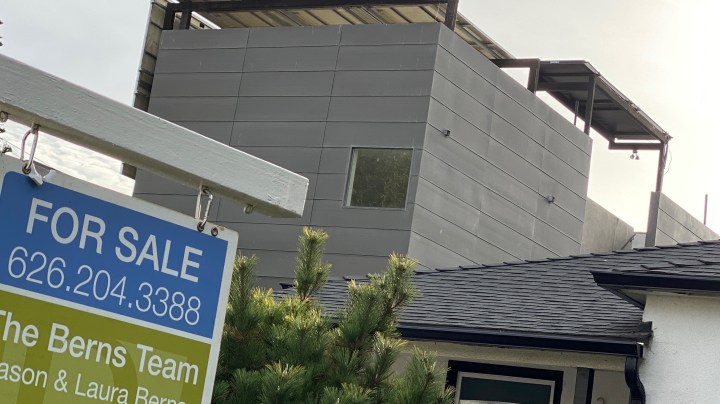 COPY
High mortgage rates means reduces the pool of potential homebuyers. Fewer buyers could mean houses are on the market longer, which could prompt sellers to reduce prices. Chris Delmas/AFP via Getty Images

A month ago, there were signs that the housing market was maybe starting to cool.

Some more signs: We got both housing starts and building permits data for May this morning and, while the numbers are notoriously volatile, both were down. Mortgage rates, meanwhile, are way up: 5.78% for a 30-year-fixed, according to Freddie Mac.

And both Redfin and Compass announced layoffs this week. In his letter to employees, Redfin CEO Glenn Kelman said that “mortgage rates increased faster than at any point in history,” and that “we could be facing years, not months, of fewer home sales.”

Say you’ve been looking for a house for six months. When you started looking, mortgage rates were around 3%. Maybe you figured, “I can afford a $300,000 mortgage.”

Today, with interest rates closer to 6%, “the extra monthly payment could be about $600 or $700 more now, just compared to December of last year,” said Lawrence Yun at the National Association of Realtors.

That means a lot of people who felt they could afford to buy a few months ago may no longer feel that way. “The higher mortgage rates have greatly shrunk the pool of eligible buyers and, naturally, home sales are declining,” Yun said.

With fewer people buying, houses are starting to sit on the market a little longer. Some sellers are reducing their prices.

“We are starting to see a little bit more inventory coming online today,” said Ali Wolf with the housing data and consultancy firm Zonda. “And I think that’s because investors and flippers and people that want to sell at the top or, at least, what they perceive to be the top, are starting to say, ‘You know what? It makes sense to put my home on the market right now.’”

Still, Wolf said, there’s not nearly enough housing out there, especially for low- and middle-income buyers.

“We’re in an environment right now where we’re going through a historic affordability crunch,” Wolf said. “And if we can’t either get wages to increase dramatically from where we are today, or we don’t see more housing come to the market, you’re going to see housing transactions slow almost by default.”

That piece of the housing market puzzle is not so new, said Barbara Fields at Abt Associates.

“We’ve had a decade of under-building, and there’s just not enough stock for everyone who wants to buy, particularly this very large millennial generation,” she said.

And, Fields said, it’s going to take a while — and a lot of investment from the government and the private sector — to change that.