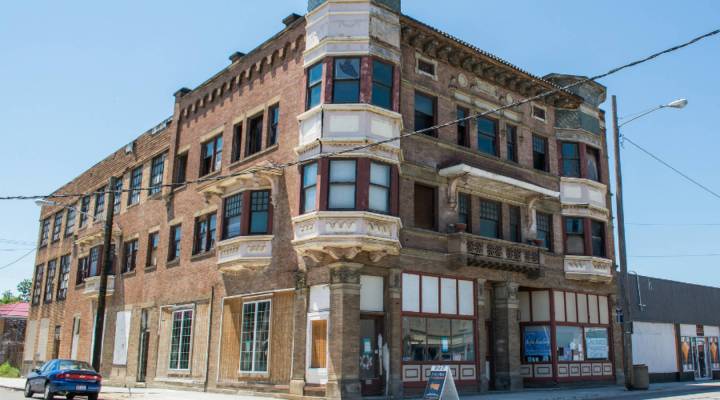 On this day 10 years ago in 2008, the National Association of Realtors released a routine report on housing prices. Yet, the numbers in the report were anything but routine. It showed the median price of a single-family home in 2007 had fallen year over year for the first time in four decades or since reliable records were kept. It was one of the first data points to confirm what many homeowners were already experiencing by that time, and what would later become a full-scale housing crisis.

Lou Tisler is now executive director of the National Neighborworks Association. But from 2005 to 2017, he was the executive director of Neighborhood Housing Services of Greater Cleveland, an organization that works to educate people about home ownership and help them through the buying process. By January of 2008, its office, which was located in Cleveland’s Slavic Village neighborhood, had shifted almost entirely to foreclosure prevention.

“It was almost devastation across our county, across our city, across our state,” Tisler  said. “Foreclosures were the No. 1 issue…We worked with many servicers across the country who would come in and set up a two-or three-day event. They would bring their loss-mitigation people and sit down and try to make things happen right there, that time. At that point, there was about 12,000 to 13,000 homes being foreclosed on per year just in the county. Now it’s gone down to 4,000. And so if you look at the publications, they would say, ‘Oh, the crisis is over.’ But if 400 people a month is ‘crisis over’  in terms of losing their house, then we should all just go home — unless you’re one of those 400 people, then you can’t go home.”

Slavic Village became known as the epicenter of the foreclosure crisis, hit hard by subprime loans and fraudulent lenders. But the subprime crisis radiated beyond this small section of Cleveland, encompassing the greater area and state. When the economy turned down in 2008 – the worst financial collapse since the 1920s in America – people started getting behind on their payments even if they weren’t caught in a bad home loan.

“You know, it was long-term unemployment. If you came back to work, it was truly chronic underemployment,” Tisler said. “Uninsured medical costs really started to spiral at that point…. We were in Erie County and a couple in their mid-30s came and said, “We don’t see the ability of getting back to work, how do we save our house?” And it was that kind of pessimism to the economy that really raised our flag and said, “OK, we need to do a deeper education in terms of getting people into workforce development and things along those lines outside of just the foreclosure.”

Virginia Goetz, 71
Occupation: Retired medical technologist
Slavic Village residency: Been in and out of the neighborhood since she was 5, when her family first moved here. The house she lives in used to belong to her parents.

“It would probably take something dramatic to make me move. Both financially, because the houses are not worth that much and I don’t know where I would go, but also because I am very encouraged by the changes that are happening and I want to be part of that. I want to contribute to that. I want to be an urban pioneer.

Charles Gliha, 64
Occupation: Carpenter
Slavic Village residency: Born in the neighborhood in 1953 and after living in the outer suburbs, moved back in 2000.

“When the crisis supposedly hit, everybody started forming block clubs. Just doing all kind of crazy things just to get people engaged with each other. Have musical festivals, parades, just goofy stuff like that. Which connected all the good people in the neighborhood, black and white. And it was a beautiful time. It wasn’t the hell on earth that the media likes to, you know … they see from the outside, you know, they’re doing their best to analyze what’s going on. But internally, among us average wriggly people, it was a fun time to be alive in the neighborhood and that continues.”