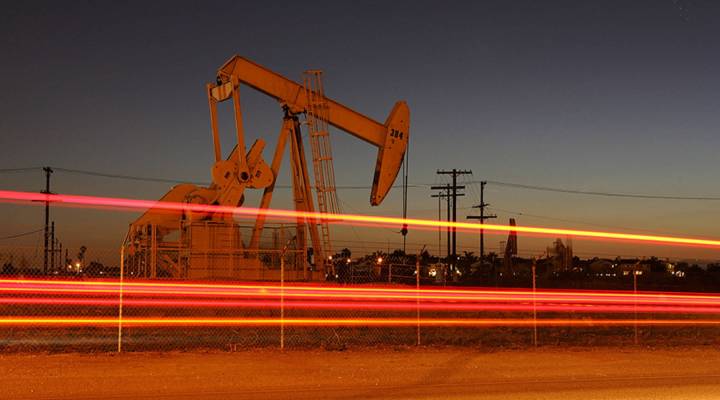 Lots of natural resources — diamonds, oil, iron ore — are buried in countries with histories of corruption. That includes places where bureaucrats have, say, demanded bribes in exchange for oil contracts. The mining and drilling sector is the most corrupt in the world, according to a study by the intergovernmental Organisation for Economic Co-operation and Development.

To fight this, the U.S. Congress passed a bill in 2010 requiring oil and gas companies listed on Wall Street to publish all payments to governments. The idea was to deter companies from dirty business, said Barnaby Pace of the anti-corruption group Global Witness.

“Fundamentally, it helps protect them and prevent demands for bribes,” he said. “When they can say, ‘Well, look, we can’t pay a bribe. If we did it would be entirely obvious, because we would have to disclose our figures at the end of the year.'”

But before the rules kicked in last year, Congress and President Donald Trump took measures to stop them. Now there’s at least a yearlong delay plus a separate effort to repeal them altogether.

Why? U.S. industry argues that disclosure puts it at a competitive disadvantage with foreign drillers that don’t have to tell.

“That information can be used by some of their competitors to offer, for example, better contracts to governments and take some of those assets,” is how Harvard business professor George Serafeim sums up the industry position.

The American Petroleum Institute backs up this argument of “disadvantage.” The Trump administration also says mandatory disclosure costs too much for oil companies.

But Pace at Global Witness said 70 percent of the biggest oil companies in the world disclose their payments with no problem.

And he said corruption is a huge problem worth fighting. One big case is on the table right now: Shell Oil and the Italian state oil firm ENI will soon go on trial in what Pace calls the biggest corporate bribery case ever. The allegation: bribing Nigerian officials with up to a billion dollars.

“Some of the executives facing trial today were told that the billion dollars they were paying for this one of Nigeria’s most valuable oil blocks was likely to find way into a vast bribery scheme,” Pace said. That missing billion was supposed to go to the Nigerian people.

The amount is exactly the country’s annual health budget. It’s also exactly how much the government wanted to spend fighting the extremist group Boko Haram, said Edwin Ikhuoria in Nigeria, an advocate for the anti-poverty GroupOne.org. He said Boko Haram’s attacks drove 2 million people out of their homes.

When a country is rich in commodities but its people are poor, this is often called the resource curse.

Ihkuoria said the U.S. led the global fight against this curse when it passed the disclosure law in 2010. Canada and the European Union followed Washington’s example. Now Washington’s going the other way.

“When you in one breath talk about democracy and the rule of law and transparency, and then on the other hand in the name of protecting companies you back out of international transparency initiatives, it just smacks of hypocrisy,” he said.

The U.S. has also just pulled out of another initiative in which companies around the world volunteer information on the money they pay to governments. It’s called the Extractive Industries Transparency Initiative. Jonas Moberg heads the international office, based in Norway.

Even Russian and Chinese companies disclose more information than American firms do, according to numbers run by Global Witness.