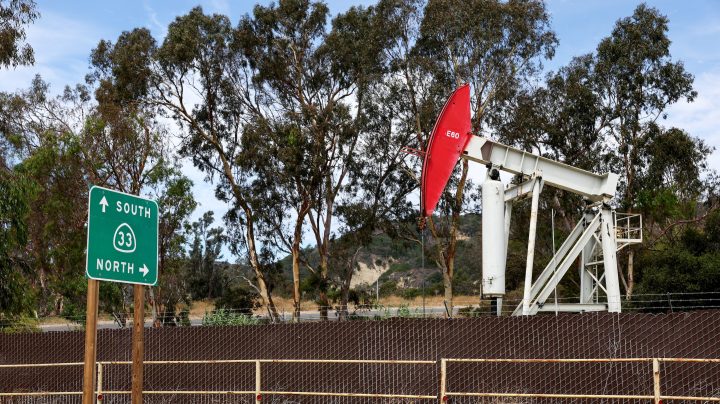 There’s a lot of stuff baked into the 755-page Inflation Reduction Act, which was approved in the Senate and is expected to pass in the House. Top of mind for many is the nearly $370 billion set aside for energy transition and climate change mitigation. In fact, some are calling the Democrats’ measure the biggest piece of climate legislation in U.S. history.

On the surface, that sounds like it could be bad news for traditional fossil fuel companies, specifically Big Oil and Gas. But believe it or not, some of them sound fairly encouraged by the bill.

First, the bad news if you own an oil company. The measure includes a required minimum tax rate and a new fee on methane emissions. But a lot of the larger oil companies already pay taxes above that minimum and they’ve been trying to limit methane leakage anyway.

“It’s really a package that has a little something for everybody, and nobody can be really pissed off but nobody can be entirely happy, either. There was a lot of winners here and not a lot of losers,” he said.

He said those carrots include tax credits for carbon capture, something oil and gas companies will celebrate.

“For an industry that requires a lot of money to operate, that money is really useful,” Webber added.

But Morgan Bazilian at the Colorado School of Mines said it might actually help quash some investor worries about long-term oil and gas infrastructure. That’s because, he said, this measure doesn’t directly legislate a reduction in greenhouse gas emissions.

“And that’s why you don’t see huge pushback from the oil and gas industry on this,” Bazilian said. “This is, yes, a change in tone and good money, going after an industrial policy of clean energy. That’s all clear.”

But it’s not an attack on the use of fossil fuels. Bazilian said that’s something the bill simply doesn’t do.