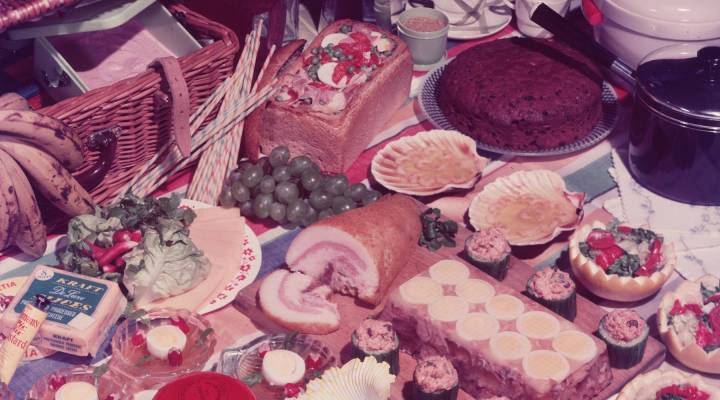 Will aspic, that savory gelatin in the bowls above, make a comeback in 2018? Chaloner Woods/Getty Images
Make Me Smart With Kai and Molly

Will aspic, that savory gelatin in the bowls above, make a comeback in 2018? Chaloner Woods/Getty Images

Like the daily news, the predictions for 2018 on this week’s Make Me Smart episode range in tone from comedic to sobering. One contributor describes the imaginary resort clubs where men outed for sexual harassment and assault will go for rehab and to podcast their transformations. Another envisions an ethnic cleansing campaign fueled by misinformation and incited by social media.

But the one that shocked me most was from Portland, Oregon-based food writer Heather Arndt Anderson, who prophesied the return of savory Jell-O. She tweeted: “ASPIC will be the next big trend. Bone broth and drinkable collagen are paving the way! You heard it here first!”

I found that there are internet murmurs of an aspic comeback every few years, saying the ’70s are “in again” or pointing to gelatin’s molding potential as ideal for elaborate plating designs, but then I saw this photo:

But but but this tho pic.twitter.com/BOFqpz8mCA

And that brought me to one reason why I think this might actually happen: Food trends now skew toward the Instagrammable (charcoal ice cream, “unicorn food,” neon decor, cocktails with unconventional garnishes.) It’s not just for the “likes,” either — having a lot of Instagram followers can lead to jobs and sponsorship opportunities. So, look out for aspic in your feeds.

The appeal of all things bright, flashy and artfully arranged extends to fashion trends. Office fashionista and associate producer Hayley Hershman tipped me off to glitter glasses, which Vogue says have “the instantaneous effect of elevating one’s mood and marking the wearer as something of a stargazer.” And if outlandishly altering what you see sounds appealing, I’d also recommend color therapy glasses, which are tinted colors corresponding to the body’s energy centers, or kaleidoscopic glasses.

Put stars in your eyes with these funky glitter glasses. https://t.co/N7VN5YeI89

Hayley also came through with this beauty and wellness prediction: the organic deodorant market is projected to grow in 2018 and for the next five years, due in part to growing awareness about ingredients in conventional deodorants and other skin and hair care products like parabens, phthalates, formaldehyde and sulfates. Target has special advertising for products that don’t contain these ingredients. This aligns with a Whole Foods top trends for 2018 report that vowed to be more transparent with product labeling, saying “[c]onsumers want to know the real story behind their food, and how that item made its way from the source to the store.”

Before you think Marketplace has become Goop, let’s talk about the predictions of Masha Gessen, a New Yorker writer and journalist from Russia who has spent most of her career writing about Vladimir Putin’s government. After the election last year, she published a piece last year for The New York Review of Books called “Autocracy: Rules for Survival,” which alerted Americans about some of the political behavior she experienced in her decade and a half covering Putin. Gessen drew connections between President Trump’s campaign and leaders of autocratic states throughout history.

The piece was written as a series of rules — “Do not be taken in by small signs of normality,” “be outraged,” “remember the future” — and made several predictions, like that  Trump would try to sabotage journalists’ access to information, capture members of the judicial system and see through campaign promises like repealing Obamacare and punishing his opponents. Some came true in the past year, others did not, but the rules read evergreen, and can continue to be read as predictions for the future.

Writing for The New Yorker, Gessen revisited these rules in November, seeing how they’ve held up, analyzing the president’s decisions over the last year and looking ahead to 2018.

“[A] year after Trump’s election, the states of Virginia and New Jersey rejected Trumpian gubernatorial candidates, electing Democrats. The state of Maine voted to expand Medicaid. Virginia voters also elected a transgender woman to the state legislature, unseating a twenty-six-year incumbent who had, among other things, proposed anti-trans bathroom-use legislation. Danica Roem, who is thirty-three, campaigned on school policy, traffic improvement, and transgender rights. These Democratic victories occurred in states that voted for Hillary Clinton in 2016; portraying the elections as referenda on Trump would be overstating the facts. Several victories, however, suggest that the energy of the resistance has fuelled sustained political work. To take us into the future, this energy has to transcend local and state-level races and “provincial time.” If we are lucky, that process begins today.”

But let’s end on a good note — a really good note. Digital production assistant Sarah Menendez predicts that Beyoncé will release her next album on the first birthday of her twins: June 13, 2018. And it will be called “Gemini.”

“As a Gemini, I think this album could do a lot for reversing negative stereotypes of people with this sign,” Menendez said. “Beyoncé’s twins were a Gemini miracle. Let’s have another one.”

That reminds me: for more predictions, check your horoscope. And listen to the episode below. 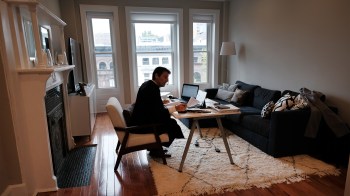