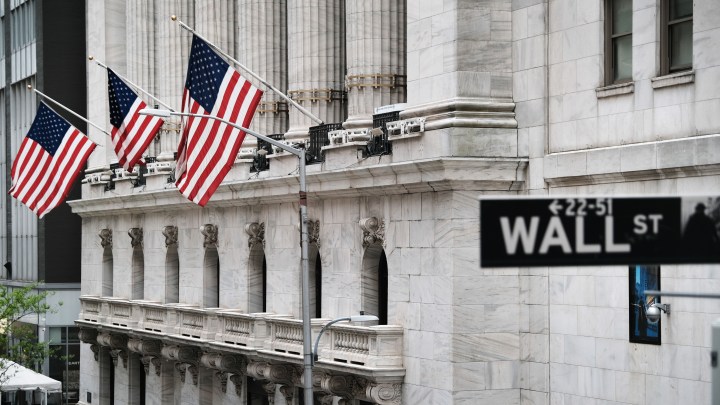 Initial jobless claims were 419,000 last week, according to preliminary numbers from the federal government. Economists had predicted 350,000 jobless claims — so quite a bit off.

Economists come out with forecasts for all kinds of things: jobs numbers, inflation, retail sales, construction spending. And lately, a lot of their forecasts have been wrong.

“Predicting the future is a hard thing, especially when people are involved, because it’s hard to predict people’s behavior, especially during a once-in-a-lifetime economic crisis,” said Russell Weaver, a director of research at Cornell University.

In this pandemic, there’s just so much noise.

Say you’re an economist trying to predict retail sales numbers. Consumers are getting an influx of cash, said Dana Peterson, chief economist at The Conference Board.

“Last year, we had one round; this year, we had two rounds of stimulus. And then starting in July, we have checks that are going out to families with children. And so it’s not always easy to figure out what all that money means in terms of how people are going to go out and spend,” Peterson said.

But a lot of products are also in short supply and may not be available to buy.

But given all the uncertainty, what should we make of economic forecasts right now? Should we even expect them to be accurate?

“I certainly think it’s more accurate than throwing a dart at the dartboard,” said Lindsey Piegza, chief economist at the investment bank Stifel.

“Economists do work very tirelessly to create models. And we use that to predict the bet as best we can,” she said.

Ultimately we should pay attention to these predictions because policymakers do, she said. And so do investors. Forecasts are often priced into the stock market, and when they’re wrong, you get big swings.