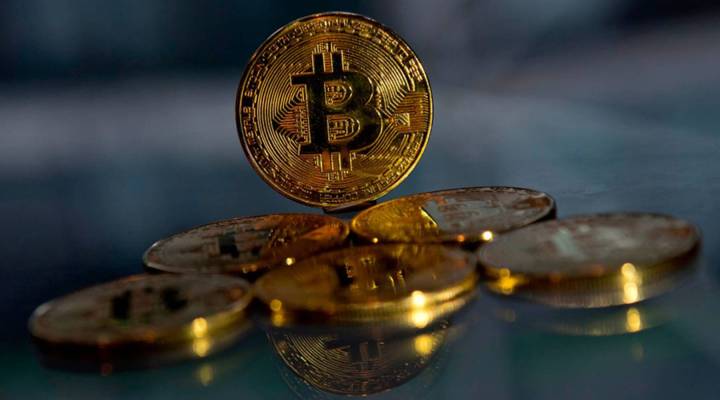 Bitcoin has gained $1,000 in value over the last 24 hours. The current exchange rate as of today’s date is somewhere around $13,000 to one bitcoin. The frenzy around the cryptocurrency has many wondering if there is a bitcoin bubble. But what if someone had given you a bitcoin several years ago? Would you have cashed out early or ridden the wave? That’s exactly the situation journalist Ben Eisen found himself in, and he wrote about it for The Wall Street Journal. Marketplace host Kai Ryssdal talked with Eisen about what happened after he received a rather unorthodox wedding gift. An edited transcript of their conversation follows.

Kai Ryssdal: Give us your bitcoin saga in a nutshell then, would you?

Ben Eisen: Sure. So I received a bitcoin as a wedding gift from a friend who had been into the cryptocurrency, and this was in mid-2015, and I held onto it for about a year and a half. I sold part of it last year after the prices started rising, and then after the price rose a bit more sold all the rest of it at the end of last year.

Ryssdal: For how much? Like a thousand dollars, right?

Eisen: Just below a thousand dollars. And then the price just started surging right after I sold it.

Ryssdal: It is now, I’m sitting here looking at my monitor, it’s $12,870 per bitcoin as we speak. Which raises a whole bunch of questions that I want to throw them at you. First of all, is bitcoin a currency, do you think? Or is it just speculation at this point?

Eisen: Well, it’s interesting. It was designed as sort of a stateless currency that’s not beholden specifically to one government or monetary system. And it started to develop like that, but it’s developed as an investment much quicker. You’re starting to see a bunch of mainstream investors get into the market, and a couple of exchanges are about to launch futures contracts on bitcoin as a way of actually paying for stuff, not quite as fast.

Ryssdal: Yeah, I mean the mechanics of it are still a little tricky, but the total market cap, if you will, of bitcoin out there is bigger than some, you know, big companies in this economy. It’s a force.

Eisen: Yeah, absolutely, it’s bigger than General Electric, a bunch of other blue chip companies. It’s really gigantic, and there’s other cryptocurrencies as well that bring the value up, something like over $300 billion in market cap.

Eisen: I mean, it’s really hard to say. I think bubbles are usually kind of determined in hindsight. Just looking at the way the price has gone up, it definitely seems to mirror certain other bubbles that we’ve seen in the past.

Ryssdal: It is not yet clear what the the regulatory framework will be for bitcoin, right? I mean, the SEC has been looking at this, the Fed, I know, was concerned about it. We don’t know what the rules are going to be, do we?

Eisen: No. It’s very new. It’s moved a lot quicker than the regulatory bodies that typically look at this stuff. That said, there have been something called initial coin offerings, which is sort of an alternative to an initial public offering. And that’s a market that’s kind of gotten pretty big pretty quickly, and the SEC has started cracking down with some enforcement cases on that. So perhaps that’s one area where we could see a little bit more regulation coming in.

Ryssdal: You did all right on the wedding gift you got, right? You say you tripled your money?

Eisen: Something like that, almost tripled the money. It paid off better than the stock market, for sure.

Ryssdal: You say that your buddy who got you this, he just got married and you got him a 30-year Treasury note, right?

Ryssdal: Now the question is, and you asked this in your piece, which one’s going to be worth more in 30 years? Bitcoin or the 30-year note?

Eisen: Definitely, I mean, it’s hard to tell. Treasury notes, they pay very low interest, but they accumulate over a long period of time. This is paid out a lot quicker but remains to be seen what will happen 30 years from now.