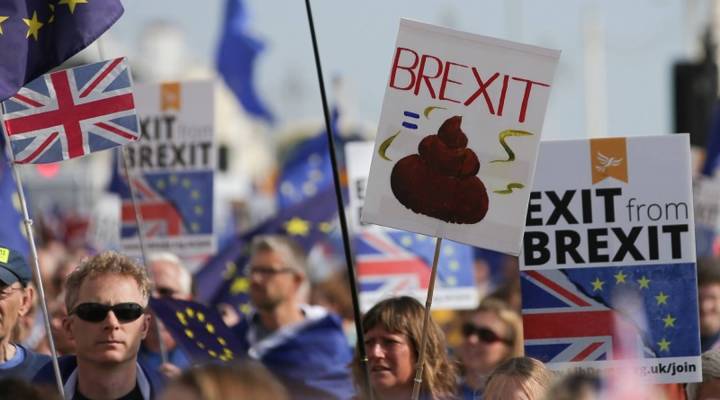 The date when Britain is scheduled to leave the European Union is now less than 17 months away. But the talks about the terms of the United Kingdom’s departure are bogged down and hopes of a new free-trade deal with the EU are receding.

Some business leaders are getting nervous, among them Michael Bloomberg, the former New York Mayor and media mogul. Bloomberg opened his new, $1 billion European headquarters in London recently and, while there, he told the Brits what he thought of their decision to leave the European Union.

“It was not a smart thing to do. Getting out of the EU is going to be very difficult and very painful,” he said, and wondered whether he would have gone ahead with the new London headquarters if he’d known that the U.K. was going to vote for Brexit. “Maybe I wouldn’t have,” Bloomberg said.

Doubts and fears abound over Brexit. The Bank of England has forecast that 70,000 finance jobs could be lost as business leaches away from London to continental Europe. The U.K.’s top five business lobby groups have complained about the slow progress of the exit negotiations, and all expressed anxiety about the economic repercussions. Many British financiers are worried, but not all.

“All of this scaremongering has been proved to be completely wrong,” Richard Tice, a real estate tycoon, told Marketplace. He said that since last year’s referendum, business has been flooding into London.

“We’ve had Deutsche Bank sign a 25-year lease for a half million-square-foot new building. Goldman Sachs, they’re building a 1.1 million-square-foot headquarters in London’s financial district. This year’s two biggest European bank share issues, at 10 billion euros each, both had to be done in London because only this city could provide the amount of low-cost capital those banks required,” Tice said. “London is, and will remain, the greatest financial center in the world.”

But even Tice, who is co-chair of a pro-Brexit group called Leave Means Leave, concedes that the exit talks are not going well.

“Britain has a very strong negotiating hand, but we’re playing it very badly,” he said, blaming what he called “weak government ministers.”