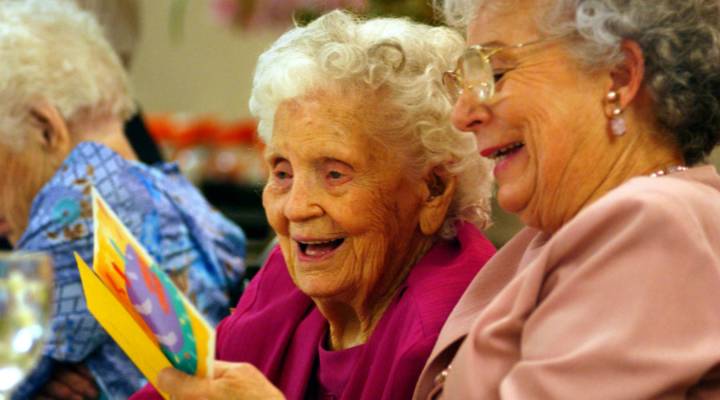 Congress has delayed the release of its tax package after its unveiling was expected today. It’s not surprising that this thing is that complicated. In the bill, we expect Republican lawmakers to alter our retirement-savings system by capping the annual amount Americans can contribute to their 401(k)s. The maximum amount could dip from $18,000 to as low as $2,400, potentially deferring the tax benefit of savings for decades.

With 401(k)s, you essentially save now and pay later. You’ll get taxed upon withdrawal, not when you first contribute. But the Republican tax plan may limit this so that people pay taxes on savings now, but get the proceeds later without getting taxed. We currently have retirement plans called Roth IRAs that allow you to do just that.

Senior economics contributor Chris Farrell stopped by to chat with us more about we’re calling “Rothification.” He explains the current flaws in our retirement-savings system, and why he thinks that what the Trump administration is doing may just end up making things worse. Below is an edited transcript.

Chris Farrell: You have to make a decision — am I going to cut my spending in order to maintain my savings rate right now, or am I going to maintain my savings rate and cut my spending? And most people aren’t living with big pay raises. They’re not sitting around saying, “Well, what am I going to do with that 10 percent pay raise next year?” They’re living tight. And so the fear is that this will make what isn’t actually a great retirement savings plan anyway, it’ll make it somewhat worse, that people won’t participate as much. They won’t put as much money into their retirement savings because of this Roth version.

David Brancaccio: Now I heard this in your voice here and you’re phrasing, the current 401(k) retirement system is not a perfect instrument.

Farrell: No, absolutely not. And a large part of it is people don’t participate enough. They don’t put enough money into it. It makes huge demands on individuals. “How much should I put in stocks? How much should I put into bonds.” I mean, do you think, David, for the past 30 years we have had this conversation about mutual funds and asset allocations and 401(k)s, and people are still confused about it. So in essence, what these tax writers are doing is they’re searching for money to pay for their tax cuts, and they’re looking at the 401(k) plan. They’re thinking, “Well, we might be able to get some money if we change the tax treatment of the 401(k), and by the way, if it makes it worse, that’s not what we’re concerned about.”

Brancaccio: The context here is the Trump administration has moved recently to dismantle some systems that had been set up to try to bolster savings for retirement.

Brancaccio: In other words, why would you want your financial adviser to work in the client’s best interest?

Farrell: And then they kill the myRA, which was a low income plan to encourage some retirement savings among people who don’t make much money. That’s been killed. Taken all together, this is sort of like the anti-retirement savings movement.