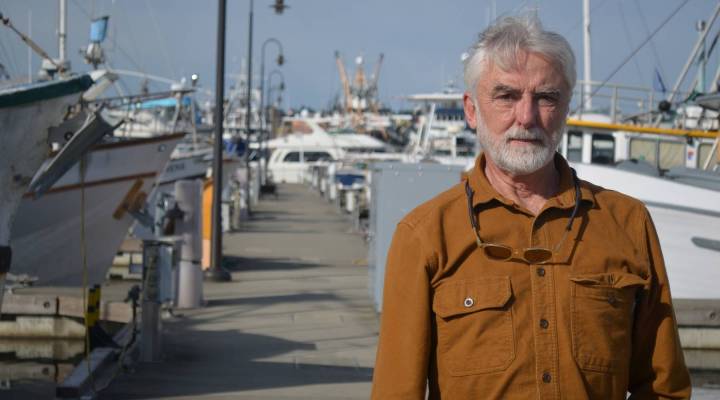 Do farmed Atlantic salmon have a future on the West Coast?

Do farmed Atlantic salmon have a future on the West Coast?

The Hope Island fish farm floats in a sheltered bay off Washington state’s Puget Sound. Giant rectangular nets hold thousands of fish, though it’s difficult to see them till they jump.

Washington state is home to one of the biggest farmed salmon industries in the country. But, since the escape of at least 150,000 Atlantic salmon into Puget Sound this August, fish farm opponents have renewed their calls for putting an end to aquaculture in state waters.

They say it’s risky to grow Atlantic salmon in Pacific waters, arguing that escaped salmon could compete with native fish for food and habitat — though researchers differ on whether or not that’s possible. And, critics add, fish farms can pollute the water with their waste and spread antibiotic resistance and viruses.

That’s why Kurt Beardslee, of the Wild Fish Conservancy, is working with some state legislators to try to outlaw fish farms in Puget Sound. His goal is to bring fish farms into tanks on land. That way, he said, “No parasites, no viruses go into public water. There are no escapes.”

Nell Halse, a spokesperson for Cooke Aquaculture, the Canada-based company that owns all eight of Washington’s open water fish farms, said that’s not realistic. “The amount of land that would be required if we were to take all our commercial production out of the ocean onto land is just not feasible,” she argues.

There’s another option if Washington decides to outlaw fish farming in state waters — heading three miles offshore, into federal waters. Farming fish in the deep ocean would diffuse any environmental effects, said Mike Rust, a scientist for the U.S. National Oceanic and Atmospheric Administration (NOAA). Rust studies aquaculture. “It’s hard to even conceive of an impact” out in the open sea, he said.

Fish farming isn’t going away: The World Bank predicts that by 2030, three-fifths of the fish the world consumes will come from aquaculture.

But, for now, Washington’s Gov. Jay Inslee has issued a moratorium on new fish farm permits. 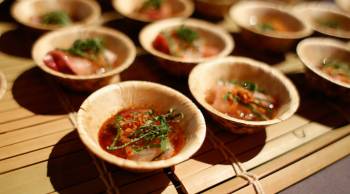