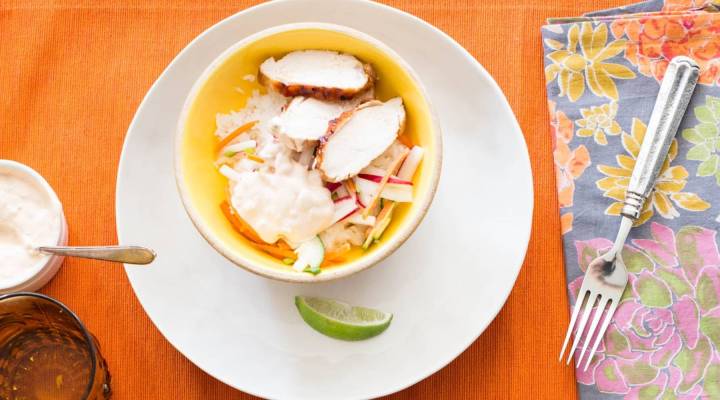 Can you turn cooking at home into a career? Courtesy of Sarah E Crowder

Can you turn cooking at home into a career? Courtesy of Sarah E Crowder

What’s a kale salad’s best angle? How do you get a napkin to fall just right so that it looks natural in a photo? Prop stylist Robin Zachary has got you covered. What’s the best way to capture exactly how refreshing your iced coffee is? Just ask food photographer Sarah E. Crowder.

As September came to a close, more than 100 food bloggers gathered in New York to trade secrets and advice at a day-long TECHmunch conference and hear from experts like Zachary and Crowder. Thanks to social media, the barrier to entry as a professional food influencer has never been lower and at the same time higher.

There might be a filter and a hashtag for everything, but making a career out of perfectly photographed and staged meals is not exactly a piece of cake. To help connect food bloggers to technology, Babette Pepaj held the first TECHmunch conference in 2010 at the South by Southwest festival. It was meant to be a one time event, but has now been held more than 30 times in cities across the U.S.

A lot has changed since 2010. Attendees went from talking about WordPress to talking about Instagram and videos, said Pepaj — founder of BakeSpace, a food themed social network where users can share their recipes and create custom cookbooks. Food bloggers have become celebrities in their own right with large and loyal followings. Food bloggers and influencers are the people home cooks go to when looking for advice on how to use a particular ingredient, a specific recipe or suggestions on how to feed their families.

“They trust them,” Pepaj said. “These are real people. These are not brands. They are people who are really passionate about food.”

And while good bloggers are not corporate brands, they are often sought out by them — specifically because they have a large following and are trusted by consumers. Jessica Randazza, who works as a marketing director at Danone, said she often seeks out bloggers, Instagram and Twitter users to work with the brand and incorporate its products into their recipes.

Thanks to these type of collaborations, many food bloggers have been able to turn their passion and hobby into profit. And while the world of food influencers is already quite crowded, there is still room for people to get in at every level, according to Zachary, who runs The Prop Styling Experience, a one-on-one prop styling workshop.

“The market place for foodies is just so wide open in so many different ways,” she said. “I want people to realize that they can jump in at any level now.”

Here are a couple of other pieces of advice that we picked up at this year’s TECHmunch conference:

1. Make a plan. Know what you have to do for each project. Food bloggers often take on all of the roles that would be found on a typical ad campaign, such as art director, producer, food stylist, and a photographer, according to Crowder.

“The more you are aware you are performing those roles, the more it helps you put that cap on and perform it better,” she explained.

Planning a project can include things such as making a grocery list, making a list of visual and props as well as figuring out what shots you hope to get. According to Crowder, about 75 percent of work is done before the shoot.

“Making a plan doesn’t prevent you from being creative on the shoot day,” she said.

2. Don’t underestimate the power of good lighting. “At the beginning, people would just kind of snap food photos at restaurants and at home and the lighting wasn’t always ideal,” said Zachary. “Now, people are really making an effort to make sure that they’re sitting near a window and that’s what I tell people: ‘Go out for lunch rather than dinner and sit near a window where that beautiful day light is coming in and it will look natural.’”

One of the people that’s taken her up on this advice is Pepaj. Another upside, according to her, is that lunch is often cheaper than dinner.

3. Followers are important, but engagement is key. Yes, it’s true that a higher follower count is more likely to get you a foot in the door, but that’s not all that matters.

For Jennifer Heal, social media and digital marketing manager at Whole Foods, location is often key. When the chain is thinking of opening a new store, they look to see if there are bloggers and Instagrammers with lots of followers that focus on food that live in that area. Besides location, Heal also looks to see whether the users are actually interacting with the content that bloggers produce — liking it and commenting back and forth.

“I look at who is tagging us and who is talking about us,” she said.

With technology getting smarter, marketers are more likely to look at analytics in order to make sure the company is making a good investment, explained Randazza. Analytics — such as engagement rates — are then considered by companies like Danone, where Randazza works, to determine whether a partnership with specific influencers to promote its products on their websites and accounts make financial sense. “We need to see analytics behind it before we cut those checks.”

4. Find a collaborator. Working alone from home “was a difficult way to work,” according to Crowder, who was a freelance food blogger before transitioning into food photography. One of the ways that she keeps the creative juices flowing is through collaboration.

“It’s been a game changer for my work,” she said. “It allowed me to tap into creative areas I didn’t know were in me.”

One way to do this is to actually throw a party with your collaborator, said Katie Workman, who blogs at themom100.com and sometimes works with Crowder. Set it up, take photos and then enjoy the fruits of your labor.

A shot from one of the projects that Crowder and Workman collaborated on.

“Katie is so great at putting together a party spread, so we photograph one at almost every shoot,” said Crowder. “She is also the queen of cocktails, so we usually have a fun drink to finish off a hard day’s work.”

Even if you are not throwing a party, you should insert a bit of yourself into the photo, according to Zachary.

“Tell a story,” she said. Do you read a paper or a book with your morning coffee? Put them in a photo. Are you a photographer? Use one of your cameras.

5. Display your contact information. In order to work with you, brands and their representatives have to be able to get in touch with you. “I hate contact forms. A lot,” said Randazza.

“Make it easy for me to contact you,” added Heal. She suggested adding email address and location to your Instagram bio.