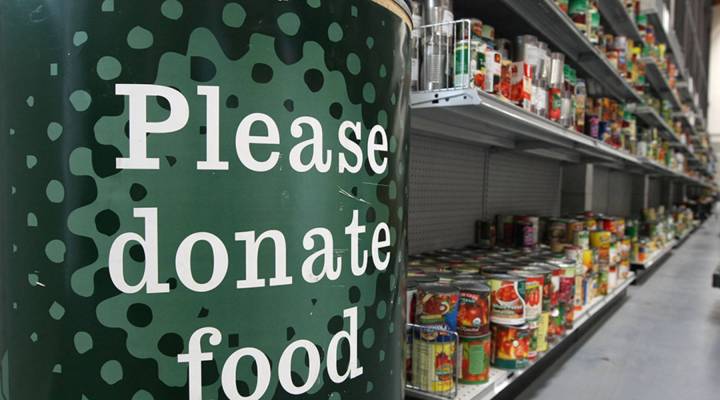 Every year on this day, we are reminded that many people will be preparing their Thanksgiving meals with food from a local food bank. What’s different about this year is that food banks should have more food to hand out.

To prop up crop prices for farmers hit by tariffs, the Trump administration has bought more than $1 billion worth of surplus food. And most of it will go to people who don’t have enough to eat on this day and most days.

The challenge for food banks will be making sure the surplus doesn’t go to waste. That’s because the majority of the food to be donated is perishable. Categories include pork, milk, fruits and vegetables. There’s also stuff like beans and peanut butter that won’t spoil.

“This is a daunting amount of food,” said Kate Leone, a lobbyist for Feeding America. It’s a network of 200 food banks. She said storing and transporting the extra food is going to cost about $250 million.

The network is hoping Congress and the Agriculture Department will pony up for that.

Dave Richins, president of United Food Bank in Mesa, Arizona, said he’s expecting about 20 percent more donated food than usual this year. It’ll be distributed to food banks in Eastern Arizona. He’s thankful for the extra food but acknowledges his group will have to pay more overhead costs.

Richins said he’ll be asking for donations to cover the extra costs.