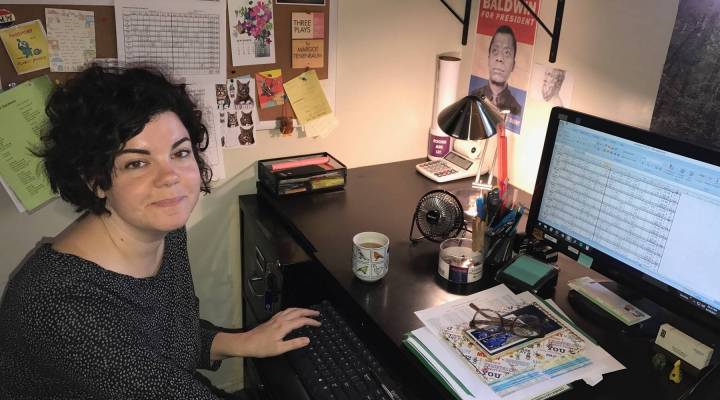 Efforts to boost the minimum wage have gotten a lot of attention lately and proponents have scored some major victories. But workers rights advocates are now asking: What good is a wage boost if workers don’t know how many hours they’re working every week?

Employee advocates say work schedule predictability is the new minimum wage. A bill signed into law recently made Oregon the first state in the nation to regulate work schedules to give employees more predictability over their work time and their lives outside of work.

“We try to be really sensitive to make sure that we’re not forcing anyone to come in if they’re not available,” Vassallo said.

But larger companies are more likely to use scheduling software to plug workers into shifts sometimes without taking employee needs into account.

Natasha Castro said when she was studying at UCLA and working in retail and food service, she felt as if she had to jump when she was called in to work.

“Managers, if you talk to them about the schedule, they’ll blame it on the software and say, ‘Oh we didn’t have any input, it just made the schedule,’” Castro said.

Employee advocates say shift workers need more regularity and flexibility in their schedules. And  lawmakers in some states and localities are starting to agree.

Rachel Deutsch is an attorney at the Center for Popular Democracy. She said those back-to-back shifts can make for sleepy workers.

“Closing the shift late at night and coming back in early the morning is particularly a problem when people have long commutes,” Deutsch said.

Employees in retail, food service and hospitality tend to have very erratic schedules. A 2016 study from the UCLA Center for Labor Research and Education asked about 560 workers under 30 years old in LA County about their schedules.

Janna Shadduck-Hernández, a professor of labor studies at UCLA, oversaw that study. She said most of those surveyed “had experienced at least one challenging work practice in that week.”

“Whether it was asked to be on call or not getting advance notice, or that their schedules fluctuated so that they had no predictability whether they’ll work this week twenty hours or the following week forty hours,” she said.

When you don’t know your schedule, you don’t know how much money you’ll make. Taking a second job is tough if both companies expect you to be on call.

Worker advocates put a lot of the blame on just-in-time workforce scheduling technology. Using algorithms, those programs estimate fluctuations in customer traffic, right down to the hour, so employers always have exactly the right number of workers.

“Technology is responsible for a lot of the unpredictability because it allowed companies to squeeze their labor budgets,” Deutsch said.

But software makers say the technology doesn’t have to treat employees like inventory. Eric Hawthorne, vice president of products at Snap Schedule, puts the onus back on managers.

“Because if they attempt too many times to schedule across when an employee isn’t available or doesn’t want to be available then the employee isn’t going to stick around, especially in this market,” he said.

Worker advocates say if managers considered employee needs more often, some lawmakers might not feel the need to do it for them.