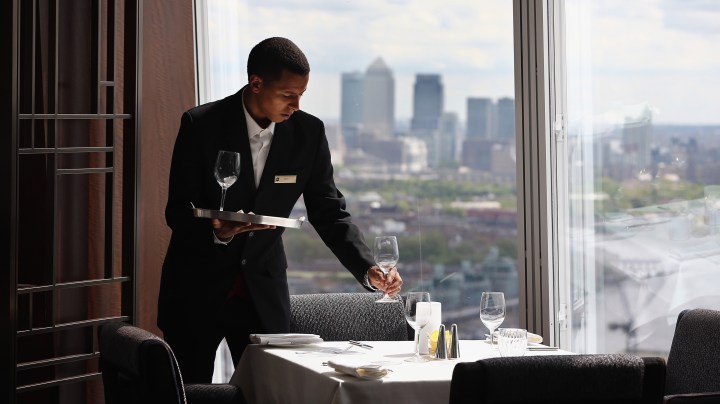 The U.S. House of Representatives recently passed the Raise the Wage Act with strong Democratic support. It would more than double the federal minimum wage — which has been $7.25 an hour since 2009 — to $15 an hour by 2025. The Senate is not likely to take action until after the 2020 elections.

The bill phases out a key exception to the minimum-wage law, eliminating the “tip credit.” This allows employers to pay a base wage below minimum wage to workers who receive tips, such as waiters and bartenders. Employers are required to make up the difference if a worker’s base wage plus tips don’t add up to the official minimum wage.

Currently, the federal tipped minimum wage is $2.13 an hour, and it hasn’t increased since 1991.

The following states follow the federal standard: Alabama, Georgia, Indiana, Kansas, Kentucky, Louisiana, Mississippi, New Mexico, Nebraska, North Carolina, Oklahoma, South Carolina, Tennessee, Texas, Utah, Virginia and Wyoming. Seven states have no tip credit and require employers to pay all workers the same minimum wage whether or not they receive tips: Oregon, Washington, California, Alaska, Montana, Minnesota and Nevada. The remaining states set their tipped minimum above the federal level of $2.13 an hour but below their own statutory minimum wage for all other workers.

Cassandra Kehnast, 31, has been waiting tables and tending bar for more than a decade. She currently works at a family style restaurant in Pennsylvania and said she likes the variety and customer contact in the job.

“It makes me feel over the moon when somebody appreciates the job I’ve done. Tips are my bread and butter.”

Kehnast needs that bread and butter to be piled high, because in Pennsylvania, the base wage for tipped workers is $2.83 an hour.

Eliminating the subminimum wage for tipped employees would let servers take home more, and more reliable, pay, according to Julie Vogtman, senior counsel at the National Women’s Law Center. The group recently published a report finding that in states with a single minimum wage (“One Fair Wage” states), the poverty rate for women in tipped occupations is 28% lower than in states that follow the federal standard of $2.13 an hour.

Vogtman said that even though employers are required by law to “tip up” employees if they haven’t earned enough in base-wages and tips to equal the minimum wage, in practice workers often get shortchanged.

“There’s a lack of information on the part of employees, who often don’t know that their employers even have that responsibility,” she said. “It’s a very difficult thing to track and enforce.”

Restaurant industry trade groups generally oppose eliminating the tip credit. They warn that requiring tipped servers to be paid the statutory minimum wage will raise their labor costs and could lead to a decline in restaurant employment.

Some servers worry the change could hurt their tips.

“The overwhelming majority of our money comes from tips, and we want it that way,” said Joshua Chaisson. He waits tables at an oceanfront seafood restaurant in Portland, Maine, and co-founded Restaurant Workers of America, an advocacy group whose members include servers and restaurant owners. RWA has campaigned against eliminating the subminimum wage for tipped workers in several states, including Maine.

Chaisson said that when Maine raised the base wage for tipped employees several years ago, “We had people coming in and saying things to us like, ‘You make minimum wage now. Do you still think we should leave 20%?’”

Chaisson has a lot to lose if a higher minimum wage for servers makes customers more stingy with what they leave on the table: Right now, he makes around $32 an hour with tips.

Liz Kinnaman is a bartender in Portland, Oregon, where the minimum wage for all workers is $11.25 an hour. She said she typically makes about $200 a night with tips in a 10-hour shift, and she thinks paying servers anything less than minimum wage is wrong.

“You are predicating their financial worth as an employee based on how people tip, which is not necessarily reflective of the work that they do. We have a direct value to our employers, and our wages should reflect that.”