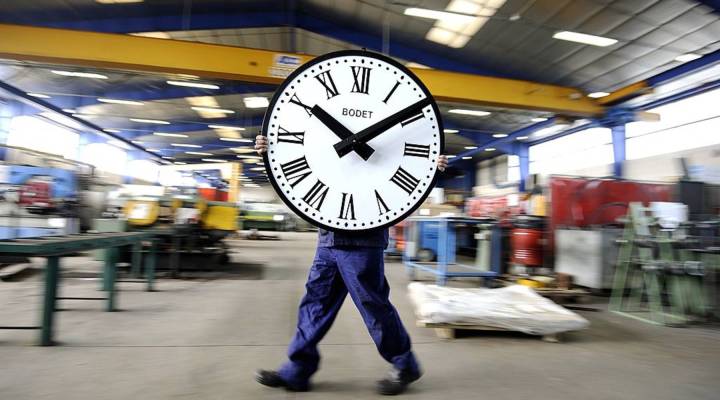 Some Oregon shift workers will now know their schedules in advance, thanks to a new law passed by the state’s legislature on Thursday. The law, which applies to retail and hospitality companies with 500 employees or more, mandates that employers provide at least a week’s notice about shift scheduling. State governor Kate Brown intends to sign the bill pending legal review.

The one week timeframe will increase to two weeks of notice by July 2020. The law also dictates that employees must be given 10 hours between shifts — meaning their employers might not be able to schedule them for a closing/evening shift, followed by an opening/morning shift the next day. If employees agree to be scheduled for two shifts with less than ten hours in between, the employer would have to pay them a wage that’s time-and-a-half their regular hourly pay.

Among the people opposing the bill were small business owners like Julie Harbold, who owns a Subway sandwich shop in Portland. The new scheduling restrictions will have an impact on how she runs her business.

“Our restaurants run on such narrow margins, are faced with rising minimum wage costs and are often in fluctuations that are not within our control as far as weather, customer flows, and unforeseen variables,” she told the Associated Press.

According to the AP, more than 100 Oregonians wrote to lawmakers to weigh in on the bill. One of the letters came from Alexandria Levin, who supported the bill.

“People need to be able to plan for doctor and dentist appointments, as well as know when they can sign up for courses and classes,” she wrote. “If people work part-time, then they need to know when they might be available for a second part-time job, because they most likely will need one.”

Oregon is the first state to enact such a law. Similar laws have been introduced in other states, including Texas, Minnesota, Connecticut, and New York.

When it comes to cities, earlier this year, New York City passed a series of laws tackling similar scheduling issues.

Under one law, local fast-food employers would have to provide schedules to their workers two weeks in advance and pay them extra for any last-minute shift changes. Under another law, fast-food employers would be prohibited from scheduling employees to work a closing shift, followed by an opening shift. Another law banned on-call scheduling for retailers with 20 or more employees. All of these laws are set to go into effect in November.

“Predictable schedules and predictable paychecks should be a right, not a privilege,” said New York City Mayor Bill de Blasio while signing these bills into law on May 30. “With these bills, we are continuing to build a fairer and more equitable city for all New Yorkers.” 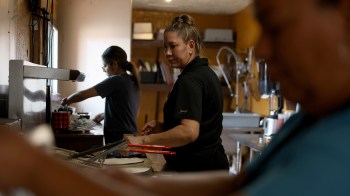