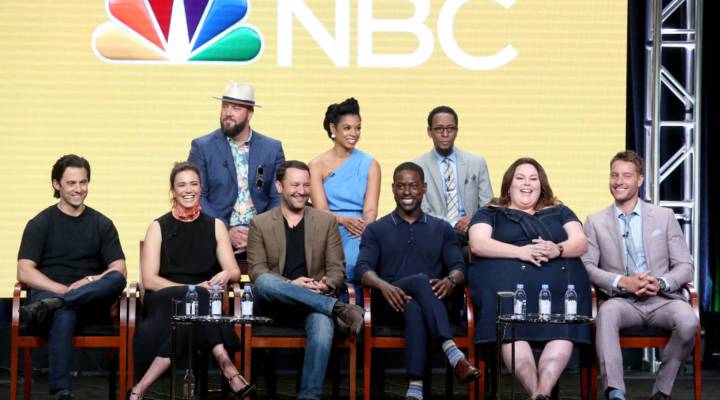 Before there was Netflix, or HBO, or cable, or streaming television of any kind, there were networks and seasons of TV that fed water-cooler conversation because everyone was watching the same shows. Now the television landscape is much more spread out, but that doesn’t mean a network show can’t still capture the public’s attention. NBC’s “This Is Us” averaged 15 million viewers a week last year and racked up a list of Emmy nominations for its first season, including outstanding drama series.

Marketplace host Kai Ryssdal visited the Paramount Studios lot here in LA the other day to talk to Dan Fogelman, who created and now runs “This Is Us.” The show’s second season starts Sept. 26, and Fogelman and the rest of the cast and crew were deep in production. The following is an edited transcript of Ryssdal and Fogelman’s conversation.

Dan Fogelman: We’re shooting tonight. We’re actually shooting in the desert tonight with — Sylvester Stallone is coming on and doing a whole war scene with us in a movie within the show today. So we’re heading out there today to work with Sly.

Fogelman: Yeah, I guess I’m trying it out.

Ryssdal: Are you the decider? You’re the guy?

Fogelman: Yes, apparently, I’m told. Yeah. It’s a weird position where you have to make these big decisions for this very popular show, and suddenly you still feel like a kid who’s starting out doing a TV show and you realize, “Oh crap, I’m the one who’s going to make the call that is the thing.”

Ryssdal: You wrote a thing in, and somebody is going to yell at me about this, either Variety or the Hollywood Reporter, I can’t remember which, and it was an ode, really, to network television.

Ryssdal: What is it about network TV for you as opposed to cable and, ooh, “Game of Thrones” and HBO?

Fogelman: Well, I love cable. I mean, I just was literally like a 10-year-old boy on the phone driving here, talking my best friend, who was stuck in traffic, and we were analyzing the last episode of Game of Thrones, like nerds. So I love it all. For me, I grew up on network TV. I was born in 1976. And so the ’80s were where I watched my television. I was kind of raised by television, to a certain degree. So there was HBO, a little, if you were lucky enough to get it, and you could see boobs. But for the most part, it was the four channels. Now obviously the world has shifted, but I think there is still something about network television. It’s the way that it’s accessible to people still. It’s interesting where we’re nominated for awards coming up with all these shows, the “Better Call Sauls” and, “The Handmaid’s Tale,” and “The Crown,” and all these really, really cable streaming shows.

Ryssdal: Well, you know, to that point about the awards, I mean this is, I think, the first network show nominated for an Emmy for best drama in like six-ish years.

Fogelman: Yeah. If you had asked me a year ago would we be in this kind of conversation and company, I didn’t see that coming, just because of the nature of the show. It’s about people, and there’s a heavy dose of comedy and sentimentality, and those are death-knell words for a show when you’re trying to be critically well-received.

Ryssdal: What do you make of this whole peak TV argument, that there’s just so much, maybe too much?

Fogelman: Yeah. I mean, I don’t think there can ever be too much. I mean, supply and demand will dictate when too much is too much. When shows are no longer viable because there’s just too many of them, they will make less shows. I think it’s a real American art form right now, television, that’s thriving. I think what I’ve been saying to people is in this landscape, if you’re going to come in with a show idea, you better be doing some part of it exceptionally, because otherwise you’re just going to get swallowed up by the amount.

Ryssdal: What was the elevator pitch for this thing when you went to NBC?

Fogelman: I pitched them very comprehensively the second episode of the show, saying, “I know you guys are very into this pilot that you just watched, and Mandy Moore and Milo Ventimiglia are adorable together. The second episode picks up eight years later. Those little babies are now 8 years old. Milo has a mustache. He’s drinking, and their marriage is at a crossroads. And, like, the network had to get their head around that — that that’s going to be the second episode of the show. And it seems really easy now to look back on it and say, “Oh yeah, that’s a really cool idea.” But that’s a scary thing when you’re pouring all the money they were pouring into a show and putting it in their best time slot.

Ryssdal: So what’s your stress level?

Fogelman: It was worse season one, because it was all new and happening quickly. Now I’m just kind of zen, and I’m too tired to be stressed out. You don’t get this opportunity much, where people are hanging on your every word on a television show, and it’s in the zeitgeist. And there’s going to be a Super Bowl this year, and after the Super Bowl, a gazillion people are going to tune in to our television show, and I think it’s going to be a big event.

Fogelman: No, because I’ve got really good people. The actors are so good. I can write some really bad stuff, and they’ll make it seem really good. So I’ve already got that crutch. It’s more like I want it to be perfect, and I want those big moments to be perfectly executed. So I’m driving people here crazy a little bit. Like, we shot a scene the other day that’s awesome and it’s really good, but I didn’t like a couple of aspects of it. And they’re are aspects that aren’t just one-offs, they’re going to come back in later episodes. And so I said, “We’re going back and we’re re-shooting it, because we have to get this right.”

Ryssdal: And that’s you being the guy who makes the decisions.

Ryssdal: And in charge, right?

Fogelman: And spends the money. We’ve got this platform right now, we’ve got the show and we’ve got to take advantage of the moment. So it’s more than stressful. It’s exciting, I think.

Correction (August 14, 2017): A previous version of this story misstated the season two premiere date for “This Is Us.” It’s September 26. 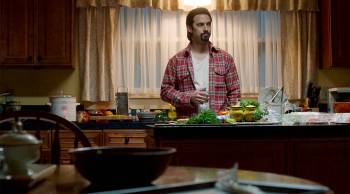