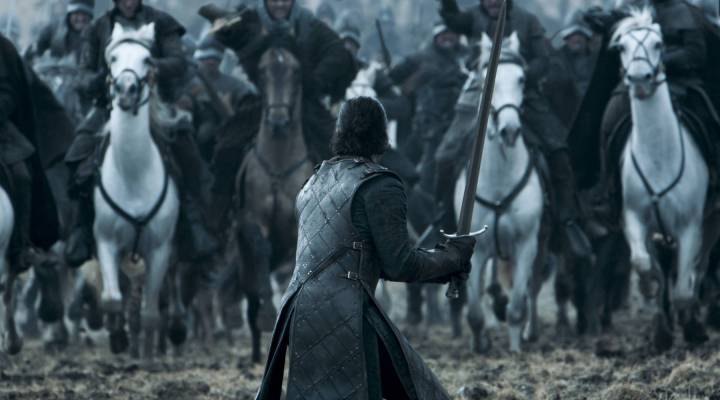 COPY
A screen grab from the fantasy-drama series "Game of Thrones." It's seventh season premieres in mid-2017. Flickr

A screen grab from the fantasy-drama series "Game of Thrones." It's seventh season premieres in mid-2017. Flickr
Listen Now

The cutthroat business of network television is ramping up for what’s called pilot season. It’s the time of year when new shows are pitched and shot, and programming decisions are made.

Some shows will make it, most won’t. And in this era of streaming and peak TV and an abundance of content, who’s in and who’s out is a harder call to make than ever.

Kai Ryssdal spoke with Adriene Hill, Marketplace’s entertainment correspondent, to get up to speed on shows we might never see and what producers for the small screen are up to.