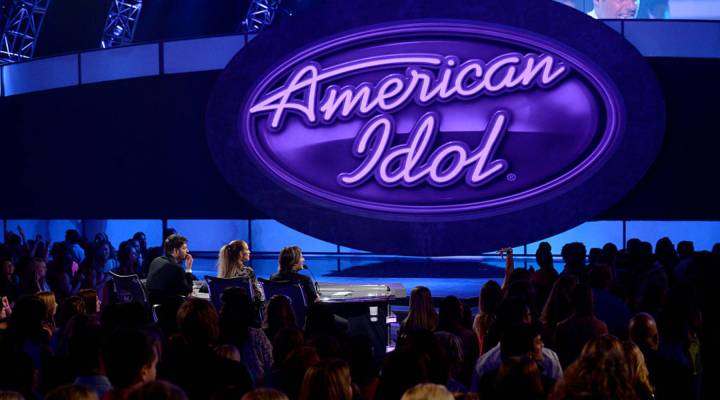 COPY
"American Idol" is just one of many reboots coming this fall. Kevork Djansezian/Getty Images

"American Idol" is just one of many reboots coming this fall. Kevork Djansezian/Getty Images
Listen Now

What’s known as the television upfronts is wrapping up in New York this week. It’s basically a time for the networks to show off all their content for the upcoming television season so that advertisers can buy space in the programming. Marketplace’s Adriene Hill covers the entertainment business, and she talked with host Kai Ryssdal about what’s up with the big television networks right now. Below is an edited transcript of their conversation.

Kai Ryssdal: Talk to me for a second about how much business actually gets done at these things. It’s a boatload of a lot of money right?

Adriene Hill: It’s a boatload of money — $8.5 to $9 billion. And this is really prime-time sales for the fall season, so a bulk of that ad inventory is being sold right now. Huge amounts of money. Some people expect this year could be a little cooler but probably not going to drop off all that much.

Ryssdal: Hang on a minute, because network ratings basically are down, right?

Ryssdal: Right. So, on that whole you-pay-for-what-you-get thing, you’d think that if ratings were down, upfronts would be worth less, right?

Hill: Yeah. I mean, you would think so. But look, prime-time television offers something to advertisers that they really can’t find anywhere else. That’s a broad audience. There are still a lot of people in this age range that they want watching. You’ve got content that you know is safe and appropriate to your brand. You remember earlier this year the YouTube outcry? This is a safe place for advertisers. They know high-quality content is going to be matched up against their advertisements. You’ve got live sports still — big, big, big factor in all of this. And the final thing is there’s a limited supply. So, if you’re an advertiser, the last thing you want to do is not be there if the competition is. So a lot of this buying is defensive buying, right? If you’re a BMW, you know Mercedes is going to buy. You’re going to want to buy too. So you have a lot of people still coming at a very narrow band of advertising time.

Ryssdal: Help me understand — I want to say innovation but that’s not right. It’s the whole “You’ve got to have new content” and the buzzy, buzzy thing. You’ve got NBC bringing back must-see TV, for crying out loud. You’ve got “This Is Us” is coming back. I mean, “What’s out there?” I guess is the question.

Hill: Reboot, reboot and more reboots and some spinoffs. I mean, “American Idol,” canceled. Coming back. “Will and Grace,” coming back. You’ve got “Bachelor” spinoffs, you’ve got “Big Bang Theory” spinoffs.

Ryssdal: I’m opposed to that, by the way. Young Sheldon? Boo.

Ryssdal: Get me back to the whole business of the upfronts thing. I mean, there are these big, glitzy presentations. I mean, literally just parties and stuff. How else does business get done though?

Hill: So, a lot of this business is getting done behind closed doors, and these networks are making really focused pitches this year. Look, they’re saying, “We’ve been behind with digital as far as targeting our audience. We didn’t know as much about our audience as Google knows. We still don’t know as much as Google knows.” But they’re getting a lot better at the data. They’re getting a lot better at knowing how to find that mom who’s looking to buy the minivan this year. Networks are trying to make the case to advertisers, “Hey, there’s a lot more we can tell you about this audience, and this audience is actually a lot bigger than it looks on those overnight ratings.”