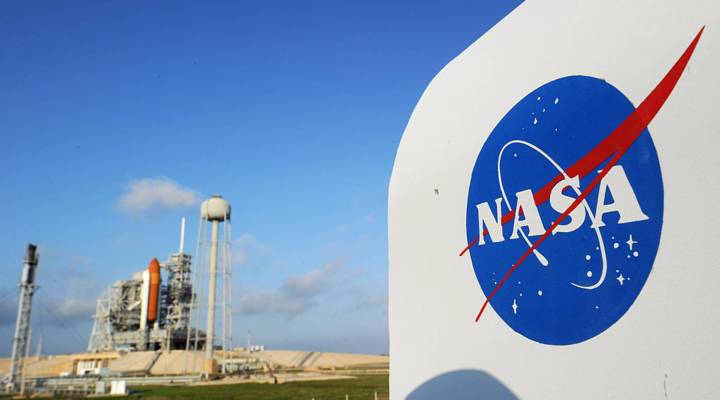 COPY
The NASA logo on a protective box for a camera near the space shuttle Endeavour April 28, 2011 at Kennedy Space Center in Florida. STAN HONDA/AFP/Getty Images

The NASA logo on a protective box for a camera near the space shuttle Endeavour April 28, 2011 at Kennedy Space Center in Florida. STAN HONDA/AFP/Getty Images
Listen Now

Scientists in space have computers, but they don’t exactly look like the one you might be reading this on. Computers in space have highly specific functions. There is no consumer-grade Mac or PC up in space. A lot of that has the do with the fact that laptops in space degrade quickly out there.

But NASA wants to fix that problem by creating new supercomputers, developed in partnership with Hewlett Packard Enterprise. The technology is being tested on the International Space Station in hopes that the computer can withstand trips to Mars.

Marketplace Tech’s Ben Johnson spoke with Hewlett Packard Enterprise’s Mark Fernandez, the lead developer for the NASA project, about the mission. Below is an edited excerpt of their conversation.

Mark Fernandez: The spaceborne computer is a joint effort between NASA and Hewlett Packard Enterprise. And one of the goals is to get state-of-the-art technology on board the International Space Station and to test it for at least a year. One year is the length of time we anticipate that it will take for a mission to Mars. And we kinda want to make sure that our computers, supercomputers and IT components can endure that trip.

Ben Johnson: What is the spaceborne computer?

Johnson: I understand that you guys have had a long partnership with NASA. But I think some people would wonder to themselves: The government’s computers seemed to have worked pretty darn good on spacecraft for the entirety of the American space program. Why does a private company need to get involved with something like this?

Fernandez: Most of the computers on board the International Space Station are purpose-built for specific functions related to the flight and operation of the ISS. For example, they have a navigation computer and it only does navigation. This one is unique in that it’s a general-purpose, high-performance computer system. So scientists can now have a platform with which they’re familiar and begin to exploit those capabilities while in orbit rather than bringing all that data back down to Earth.

Johnson: Interesting. So it’s not a mission-critical? This is something that might be a little more similar to what they have in their offices?

Fernandez: We’re pretty nerdy scientists. There are no games on board. There is no keyboard or monitor. This is strictly for crunching numbers for the benefit of the scientist and the community.