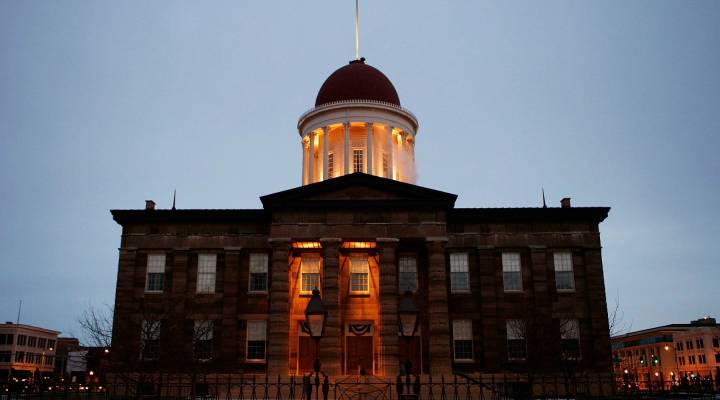 In early July, Illinois did something it hadn’t managed in two years: it enacted a budget, which allowed it to narrowly escape having its credit rating downgraded to junk status.

However, it’s too early for Illinois to start celebrating.

“The sobering note is really the amount of unpaid bills that the state is waking up with,” said Laurence Msall, president of the Civic Federation, a local nonprofit watchdog on city and state finance.

During the two years without a budget, Illinois ran up a $10 billion tab. “The state has binged in expenditures,” said Msall. “Not having a budget is not the same thing as not spending money.”

Courts ordered the state to keep spending on certain items and programs during the budget impasse, but there was no plan to match that spending to the state’s income. A big chunk of that money is owed to nonprofit agencies that provide social services.

Some nonprofit agencies have had to end services — like the only shelter for homeless youth in a seven-county area — and others have laid off staff, said Andrea Durbin, chair of Pay Now Illinois, a coalition of human and social service agencies.  Agencies serving sexual-assault survivors have laid off dozens.

“When we lose those professionals and they go on to other things,” Durbin said, “it’s not like you can just say, ‘Oh, guess what? We’re back again,’ and people will say, ‘Oh, sure.’”

And even saying “We’re back again” is premature.

“The fact that there is now a budget — a legal budget — is a wonderful thing, but it’s not the same thing as having the money in your bank account,” Durbin said.

The Illinois Comptroller’s office, the agency that balances the state’s checkbook, said it doesn’t know how long it will take to pay everyone back.

Those are the new problems. Illinois still has its old ones— like $130 billion dollars in unfunded pension obligations.

There are no easy solutions, according to Thad Calabrese, a public policy professor at NYU who studies government finance.

“And this is what happens when you have these difficult decisions that just sort of get kicked down the road over and over and over again,” said Calabrese. “Eventually, the end of the road arrives.”

Meanwhile, time is money: Under state law, Illinois pays interest on those overdue bills. The state comptroller’s office estimates that Illinois racks up $2 million in interest, every day.