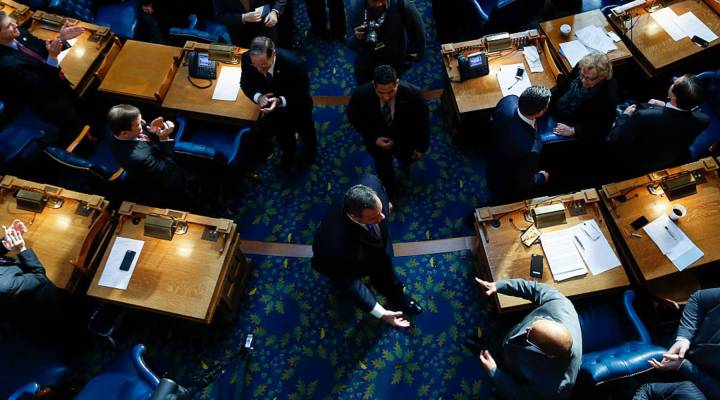 July 1 was supposed to mark the beginning of a new budget year, but 10 states still haven’t passed a budget, causing government shutdowns in three states.

Connecticut, Illinois, Maine, Massachusetts, New Jersey, Oregon, Rhode Island, and Wisconsin have no budget plans at all, while the governors of Pennsylvania and Michigan still need to sign their budgets.

In several cases, there’s a delay because the governors and legislators are at an impasse over a policy issue. In Wisconsin, it’s over how to pay to fix the roads. In Maine, they’re fighting over income taxes. In Oregon, it’s about business taxes. In New Jersey, they’re fighting about whether the state’s largest health insurer should be forced to contribute hundreds of millions of dollars to public health causes.

Due to these budget delays, three states have shut down parts of the government. Maine closed its non-emergency state offices, like the Department of Labor and the state library.

In New Jersey this weekend, Governor Chris Christie shut down nonessential state services, leading to the closure of parks and state beaches ahead of the Fourth of July. Thousands of state workers have also been put on leave.

Things in Illinois are even worse. The state hasn’t passed a full-year budget since 2015. Now it’s running a $6 billion budget deficit, with $15 billion worth of unpaid bills. The state is about to run out of money for schools, pensions, and payrolls. Its bonds might also get downgraded by S&P to junk status, which would be the first time that’s happened to a state.

Unlike Maine, New Jersey and Illinois, other states have laws on the books or have passed emergency orders that keep the lights on while they come up with a plan.