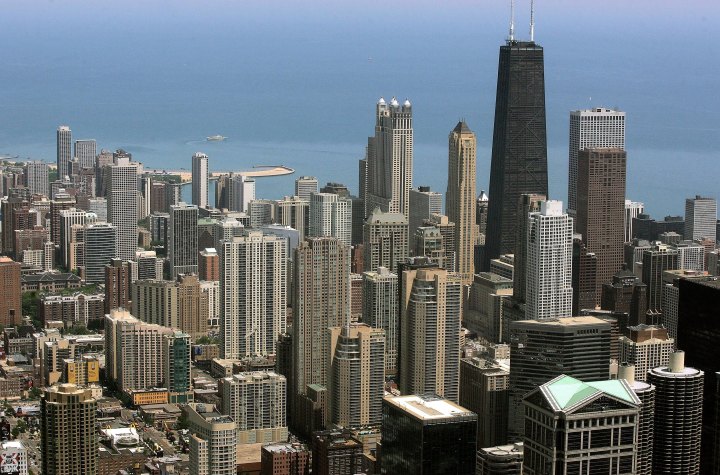 COPY
Federal relief money offers a chance for Illinois to pay down its debt. Above, a view of Lake Michigan from the Sears Tower Skydeck in Chicago. Tim Boyle/Getty Images

Federal relief money offers a chance for Illinois to pay down its debt. Above, a view of Lake Michigan from the Sears Tower Skydeck in Chicago. Tim Boyle/Getty Images
Listen Now

The American Rescue Plan, the latest coronavirus relief package from the federal government, includes $350 billion for state and local governments, many of which faced budget shortfalls due to the pandemic.

For Illinois, a state with a long history of fiscal challenges, that federal relief money offers a chance to pay down debts, including $3.2 billion borrowed from the Federal Reserve.

Illinois and the New York Metropolitan Authority were the only entities to borrow through the Fed’s Municipal Liquidity Facility, which was created in 2020 to help state and local governments through the pandemic.

With the American Rescue Plan now signed into law, “Marketplace” host Kai Ryssdal spoke with Illinois state comptroller Susana Mendoza about her state’s finances. The following is an edited transcript of their conversation.

Ryssdal: Without getting too weedy here, I wonder where you would have been without some of these Fed programs and some of the relief that was made available to you.

Mendoza: We certainly would have been in a lot of trouble, and I appreciate having the ability to access that relief, and I’d say we did the best we could at stretching the value of every single dollar as much as humanly possible. For us, borrowing from the Federal Reserve was actually the best rate that we could have possibly gotten. If we had gone to the market, because of our poor credit right now, we would have gotten significantly higher rates. So it was a good deal for us, we took advantage of it, and I’m thankful that it was there.

Ryssdal: Since you mentioned rates, how worried are you about all the pent-up demand and all the consumer money that’s going to come climbing into this economy once we hopefully get through the end of this thing? And with the federal relief that’s out there, is inflation and some kind of crunch along those lines a thing that you’re worried about?

Mendoza: Well, so far, we have already said, and I have just keep saying this over and over, that we do not see this stimulus money, this relief money, as a windfall for Illinois. I’m telling everyone who will listen, you know, don’t get excited about this money coming into Illinois, especially the Legislature. As you know, sometimes the Legislature hears that there’s new money, and they already have many ideas of how they’d like to spend it. But that money is essentially spoken for. It will be put towards paying back our borrowing. The most important thing to keep in mind here is that when we talk about these new dollars coming into Illinois, we’re not getting all of that $7.5 billion in one hit —

Ryssdal: We should say here, this is money from the American Rescue Plan that the president just signed.

Mendoza: Yeah, that’s right. Illinois, supposed to get about $7.5 billion, we’re going to see about $3.75 billion come in within the next 60 days, and then the other half of that will not come in until next year, towards the end of the fiscal year. So, you know, again, this is not Christmas, right? Mom and dad aren’t sending us a check for our birthday. We have a very targeted, responsible approach to how we’re going to spend this. I believe we’re making all the right moves, and hopefully, as vaccinations continue to move in the right direction, we can get people back to work. Hopefully, conventions can come back into Illinois, which are a huge part of our economy, and that will all be instrumental in injecting some vitality into our finances as well.

Ryssdal: I got one more question for you, and let me get out of the Illinois mindset here, if I could. I want you to think big picture for me. You have been deep in the thickets of extremely partisan budget battles in your state for five-ish years now.

Mendoza: You know, I think it’s just so disappointing. This should not be a partisan issue, helping blue states and red states and purple states. I mean, I don’t know at what point we forgot that this is the United States of America. All of us, every single nook and cranny that you will find in this country, has been impacted by COVID-19, so it’s unfortunate that this partisanship continues. But all I can tell you is we can’t control what happens in Washington, but we can certainly control what happens here in Illinois, and we’re doing the best we can to help everyone, regardless of where they fall on the political spectrum.