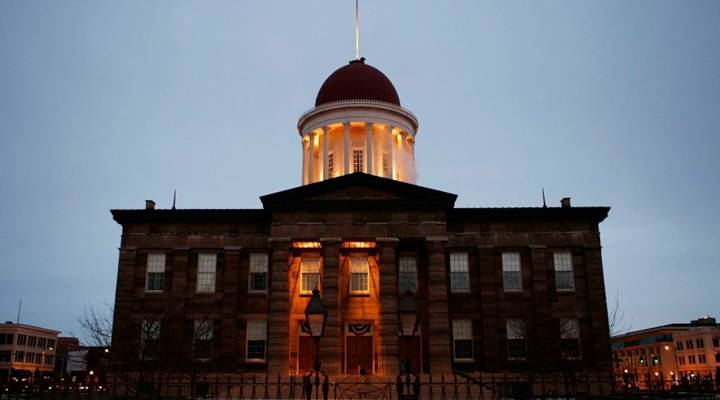 In Illinois, the Republican governor and the Democratic-controlled state legislature are at loggerheads. They haven’t passed a budget agreement in two years, and now they’re locked in a special legislative session, trying agree before midnight tomorrow. As the current state comptroller, Susana Mendoza is responsible for dealing with the unpaid bills that are piling up. She talked with Marketplace host Kai Ryssdal about some of the consequences of the state’s worsening financial situation. The following is an edited transcript of their conversation.

Kai Ryssdal: How many unpaid bills are you dealing with?

Susana Mendoza: We’re dealing with over $15 billion worth of unpaid bills. It’s just thousands upon thousands of bills for services that have already been rendered to the state of Illinois, and we have not been able to pay these vendors. It’s unconscionable.

Ryssdal: As best you can recall, run through your check register there and tell me who’s not getting money.

Mendoza: You name it. It’s everyone, and I mean, we have some physicians who are waiting for almost two years without payment from the state of Illinois. Dentists, medical providers of all sorts. Many of those individuals refuse to offer treatment or see patients, especially if they’re on the state insurance health care plan because that’s the plan that’s been most deadbeat of all. We’ve got social service providers who have closed their doors … because of this fiscal crisis. So, this is really, beyond $15 billion that I could talk about late payments or now north of $800 million in late payment interest penalties. We’re talking about real people. These are more than just numbers on a spreadsheet.

Mendoza: Well, unfortunately, when it comes to education, for example, higher education is all based on appropriation. Because we haven’t had a budget, even if I were sitting on funds — which as a matter of fact I am. There’s an education assistance fund that continues to collect revenue from state tax dollars. Yet because there’s no budget, I have no legal authority or appropriation authority to tap into those funds. So, your question was: How do we go about prioritizing people? So far, since I was elected in December, I’ve looked at trying to prioritize the most vulnerable populations among us. So, for example, seniors in nursing home care, people in hospice care. This is how we have to look at it. It is life and death. The Illinois comptroller’s office, rather than being a comptroller’s office, has turned into the state’s top trauma center here in Illinois.

Ryssdal: The governor has the legislature in special session, but at the same time, Moody’s and all the big rating agencies are saying, “Listen if you guys don’t fix this by the end of the month we’re going to downgrade your debt.” Does everybody who’s in these negotiations understand that it’s only going to get more — I can’t believe I’m asking this question — it’s only going to get more expensive the longer this goes on?

Mendoza: Of course. And that’s why I have been sounding the alarm since I took office, even before then. But if there is no movement on a comprehensive budget plan by tomorrow at midnight, we will be looking at having to, for the first time in our state’s history, be unable to make our core priority payments, things like payments to education — and by education, I mean K through 12 schools may not be opening on time, pension payments may be delayed. For the first time in the country’s history, a state is going to enter into junk bond status territory, and it’s only going to get worse.