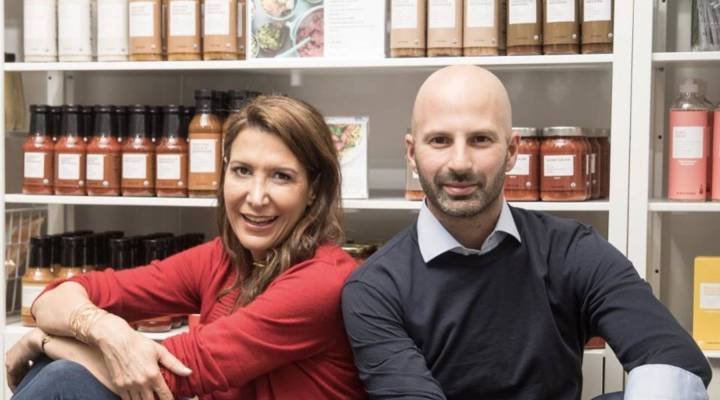 Co-founders Tina Sharkey and Ido Leffler are hoping Brandless becomes a go-to place for people to buy pantry staples. But can the online retailer compete with companies like Amazon, which offers it all? Ben Johnson spoke with Sharkey about the Brandless business model. Below is an edited version of their conversation:

Ben Johnson: When I saw your packaging, the first thought I had was, “This packaging kind of reminds me of Ikea.” And that brought me to this idea that Brandless has a brand, even if it’s brand-less. You’re kind of sneaky about this.

Tina Sharkey: No, we’re actually not sneaky about anything. Let me be really clear: Brandless is absolutely a brand. It used to be about what a brand said about itself. We’re redefining what that means. It’s really about what a friend tells a friend.

Johnson: What is the benefit for consumers?

Sharkey: The simplicity of it. We’re gonna simplify the choice. We’re gonna not have 30 ketchups that you have to choose from. We’re gonna have one. But when it comes to things like snacks, 98.8 percent of American households have snacks and people are willing to try new things and share them with friends.

Johnson:  Are you trying to compete with Amazon, and if so, how?

Sharkey: Brandless is about limiting the choice. It’s about curating the just what matters. It’s overwhelming to use a web service with a database of millions and millions of products to figure out the ones you want, how to shop, how to identify the values.