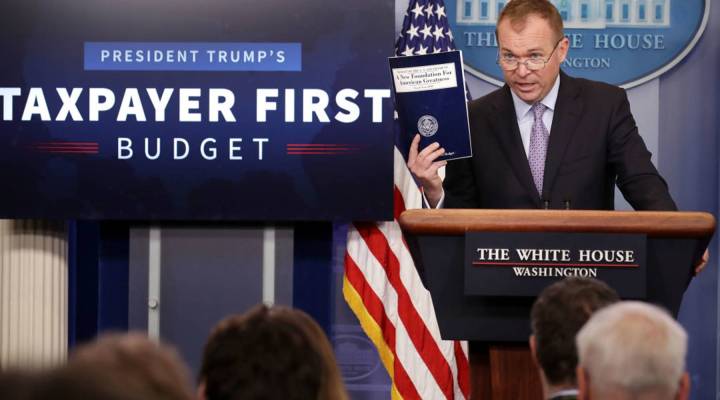 How long does it take for a tax cut to jolt the economy?

“That’s a deceptively simple question,” said Joseph Thorndike, who directs the Tax History Project at Tax Analysts. Because before you can ask how long a tax cut takes to jolt the economy, you have to ask: Does it jolt the economy?

“Debt-financed tax cuts just won’t raise the long-term size of the economy,” said Bill Gale, co-director of the Tax Policy Center. That’s because if you’re paying for tax cuts by not paying for them, you have to fill the hole somehow. “If the government loses revenue, it’s going to borrow money,” Gale said.

More borrowing drives up interest rates, making it more expensive for businesses to invest. So, Gale said, “you don’t get a growth impact.”

The Trump administration says its tax cuts are not debt financed, though it hasn’t explained in any detail how they would be paid for. Analysts on both the left and the right say the plan could add trillions to the deficit. Even assuming the tax cuts are somehow paid for, how long until they take effect?

“It depends on whose taxes are being cut and in what way,” Gale said.

Some tax cuts can work quickly. For example, during the recession, the payroll tax was cut. That put money directly into people’s pockets with every paycheck. The money was spent, the economy got a quick jolt.

The Trump tax cuts are mostly not that kind of tax cut. One of the biggest features of the Trump tax proposal involves cutting corporate taxes from 35 percent to 15 percent.

“An adjustment that large is probably going to take 10 to 15 years to occur,” said Kyle Pomerleau, who directs federal projects at the Tax Foundation.

That’s because the reduction is aimed at influencing long-term business decisions, such as building factories or investing in new equipment. Those take time.

But what if investors and companies don’t want to invest in more machines and factories? Aidan Garrib, a macro strategist with Pavilion Global Markets in Montreal, said that in the past, corporate tax cuts have been used to benefit shareholders.

That doesn’t mean that cutting corporate taxes never works, it just means the reductions need to be carefully targeted to be sure they promote investment.