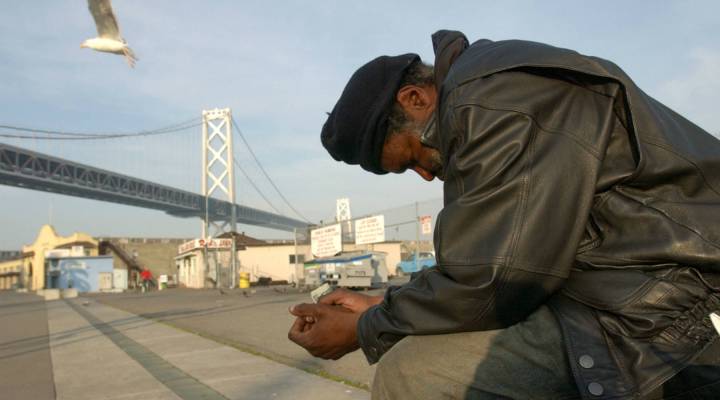 Morial, also the former mayor of New Orleans, said the country needs to improve on key issues like home ownership, wage stagnation and income inequality. And he argues that current political plans, like the Trump administration’s budget blueprint, aren’t helping.

He stopped by to talk with us about problems within our economy and what his organization is doing to improve the country’s economic landscape. Below is an edited transcript.

Marc Morial: The budget that was proposed, in the words of Sen. John McCain, is dead on arrival in Congress. And I’m confident that Congress is going to write its own budget, and write a budget that is far, far better than the budget that was initially proposed. What we should not and cannot do when the economic recovery is not complete is pull away the ladders, pull away the infrastructure. So we’re going to be active and encouraging members. We’ve had a lot of discussion with members of Congress on both sides, and I’m confident that what’s been proposed is not going to be anything like what Congress will eventually enact.

David Brancaccio: So you’re going to direct your attention toward Congress, but it’s still a GOP majority in the House and Senate. What are some of the things that you think have a decent chance of getting enacted into law that could address some of these social problems that you’re trying to fix?

Morial: Well, first we’ve got to maintain investments in education and in job training — those critical, if you will, human investments that help people qualify for the jobs of now and the jobs of the future. In addition to that, the housing market has not come back from the Great Recession and the abuses which took place over 10 years ago, which prompted the bailouts of many financial services firms. Homeownership is down in America. It’s down in communities of color. Those tools that are used by cities across the nation to build more housing and to prepare people to become homeowners — we shouldn’t strip that away in these difficult and critical times.

Brancaccio: But the irony is — I mean, you used the phrase “these difficult and critical times.” Yet the unemployment rate is the lowest in a decade. This is supposed to be a boom. Yet the benefits of this are not spread in any way equally.

Morial: Here’s I think the important thing: We are better off than we were. But, on an overall basis, the average American is looking at or is experiencing what may be a 15 to 17 percent pay cut because of the fact that their wages have not grown with inflation since the year 2000. So we’ve had substantial growth coming out of the Obama administration. We want that to continue. But let’s address the problems we face today, which are wage stagnation, income inequality, the fact that people’s paychecks don’t go far enough.