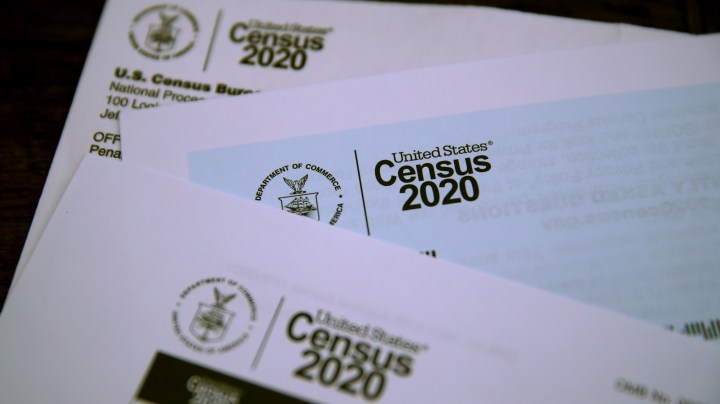 COPY
The undercount of communities of color can influence political redistricting and the distribution of federal dollars. Justin Sullivan/Getty Images

The undercount of communities of color can influence political redistricting and the distribution of federal dollars. Justin Sullivan/Getty Images
Listen Now

The decennial U.S. Census may feel very 2020 at this point — something that happened in a year we’d all like to forget.

But last month the Census Bureau released its best guess as to how accurate the count of every person living in the United States actually was.

The bad news? The bureau thinks it yet again undercounted certain demographic groups, missing roughly 3% of African Americans, 5% of Hispanics or Latinos and 6% of Alaska Natives and Native Americans living on reservations.

“At best the census was a ‘D-,'” said Marc Morial, president of the National Urban League and former mayor of New Orleans. “And the reason it was a ‘D-‘ is the substantial undercount of Black and brown communities should be unacceptable in a modern democracy.”

That undercount influences political redistricting and the distribution of federal dollars. It can also mess up local economies, a problem Morial knows firsthand. When he was mayor of New Orleans in the 1990s and early 2000s, he tried to lure more grocery stores to parts of the city considered food deserts.

“If a grocery store developer chain looks at a neighborhood and says, ‘Hmm, don’t know if there’s enough of a customer base there,’ it leads to disinvestment,” Morial said.

There are lots of reasons for the undercount. Renters are harder to count than homeowners, and African Americans are disproportionately renters. A well-founded mistrust of the federal government rooted in centuries of racism also contributes.

Throw in a pandemic, natural disasters and interference from the Trump administration, and it’s not surprising 2020 saw yet another undercount.

“The once-every-10-years census, it is the foundational bedrock for all the statistics we track, including unemployment, poverty, jobs, housing costs,” said Allison Plyer, chief demographer with The Data Center, which collects and analyzes socioeconomic data in southeast Louisiana.

The Census Bureau releases the American Community Survey every year. The ACS is a more detailed dataset that influences how more than $600 billion in public dollars gets distributed throughout the country.

The bureau makes tweaks to make the American Community Survey more reliable and make up for the decennial undercount. But Plyer wishes it would use local data like utility records to improve those estimates.

“This is something they’ve done historically, they did it in the ’70s and ’80s, but for cost concerns, they narrowed that,” she said.

While the African American undercount wasn’t worse than it was in 2020, the undercount of Latinos was. The Trump administration’s effort to put a citizenship question on the census didn’t help.

“People of color and minorities especially were afraid of giving their information to the government,” said C. LeRoy Cavazos-Reyna, vice president of government and international affairs for the United States Hispanic Chamber of Commerce.

Cavazos-Reyna said the good news is the private sector has much more data than it did 20 years ago to measure Latino communities, especially as consumers.

But the bad news is the undercount could still influence where potential employers decide to set up shop. Cavazos-Reyna is particularly concerned about undercounts in cities on the U.S.-Mexico border.

“By having an undercount, a lot of private sector companies could determine not to go to a community based on the availability of skilled workers there,” he said.