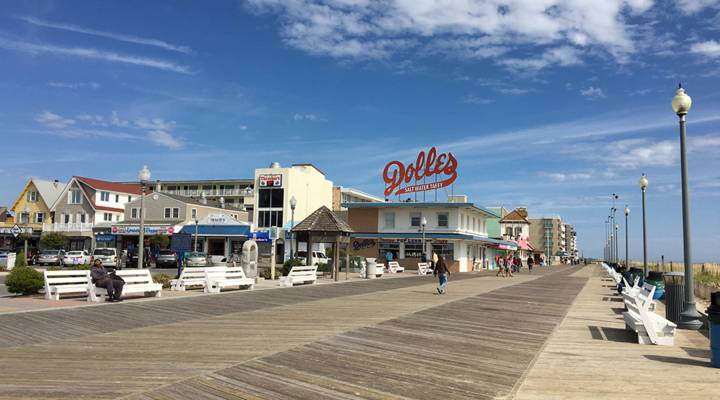 On summer holidays like Memorial Day, beaches can get pretty crowded. Now, to ease the congestion, some beaches have started banning things like tents and barbecues.

And while these restrictions may please some beachgoers, they’re frustrating for a few business owners who think tourists may take their gear -and their wallets- elsewhere.

The town of Rehoboth Beach, Delaware, recently passed this type of ordinance. The small coastal town attracts 7 million people a year, mostly in the summertime. It’s only a couple of hours from Washington, D.C., and Philadelphia, so it’s a great getaway for people on the East Coast.

As this 1-mile beach swells with visitors each summer, tents and canopies have started to become an issue. Mae Truman, who’s a local, was visiting the beach a couple years back when she was nearly crowded by a tent.

“There was a lady next to us. She had an area and a nice view of the beach. A family came in and squeezed in about a foot away from her, and they put a tent up right in front of her and her family,” she said.

And things get pretty hot on the beach when you block someone’s view.

Rehoboth Beach on a slow day. Most of its visitors come in the summer.

The Rehoboth Beach Patrol has had to break up numerous fights in recent years over people using tents. And Rehoboth Beach Chamber of Commerce President Carol Everhart has started receiving complaints from visitors.

“They came to relax, view the ocean. Spread out their blanket. And with all of the equipment that was coming into the beach, they just couldn’t do that,” Everhart said.

The chamber estimates tourists spend on average about $150 a day in Rehoboth.

So Everhart worked with the city council to pass an ordinance that bans tents, canopies and barbecues on the beach starting this summer. It’s nearly identical to restrictions passed by Myrtle Beach, S.C.

But some business owners aren’t pleased with the new restrictions.

“Anything that’s negative, that they say no to, will drive people away,” said Jay Levy, who manages Tidal Rave’s Five & Dime on Rehoboth’s boardwalk.

He thinks the city council is hurting his business by over-regulating the beach.

“They listen to too much of the whining. This one whines. That one whines. Shut up and be happy that you have all these people coming down here from Pennsylvania, Washington and all over. Don’t ruin it with stupidity,” Levy said.

But other businesses in town see an opportunity. Melissa Williams runs Sunsations, about a block away from Levy’s store.

Her window display is full of 6-, 7- and 8-foot umbrellas. Under this new ordinance, umbrellas up to 8 feet in diameter are now the only shade game in town.

Melissa Williams holds an 8-foot umbrella in Sunsations. The city ordinance only allows umbrellas up to 8 feet in diameter on the beach.

“This one has a built-in anchor. It’s right on the pole, which is really cool because anchors are part of the ordinance,” Williams said.

Williams is banking on people coming to the beach with canopies and tents and realizing they can’t use them. Then those people will visit her store to buy an umbrella.

“We even have the ordinance posted in the window,” she said.

Many business owners say it’s too soon to know whether the tent ban will hurt sales. And so far, a lot of visitors like the idea of keeping tents off the beach.

The barbecue ban, however, could be a tougher sell.

“So I can understand why they’re doing it — for safety reasons. But I still think barbecuing is a tradition,” said Peter Wrightsman, who was visiting Rehoboth from Baldwinsville, New York.

With this ordinance, cold cuts may be the new tradition.