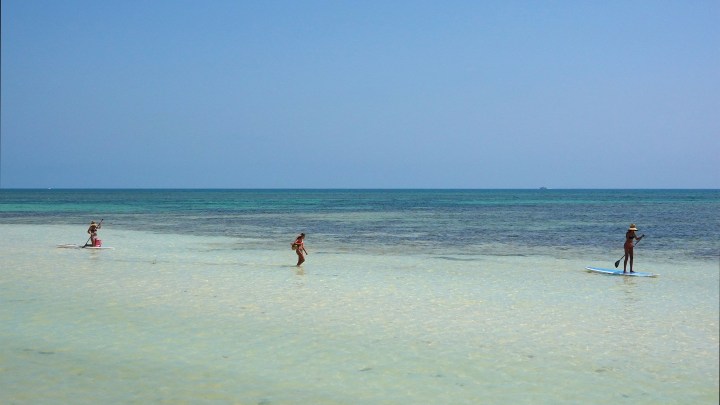 Summer is just six weeks away. And if you live in the Mid-Atlantic states, you might have recently seen an ad featuring shots of Ocean City, Maryland, looking beautiful… and completely empty. It all but asks people to stay home.

With the ongoing COVID-19 pandemic, several vacation spots are no longer actively seeking tourists—even though that means turning away a big source of seasonal income.

Jessica Waters is Ocean City’s tourism director. She says that drawing in large numbers of people is not a good idea. “You know really, we don’t have the resources here to handle a large amount of sick people.”

Ocean City isn’t just discouraging visitors. It’s closing down its beaches and boardwalk to tourists and has ordered hotels and short-term rentals to close. So have other popular destinations like Cape May County in New Jersey, where tourism provides over 43% of jobs.

Economically, it’s a tough call. “The effects on small businesses are tremendous,” said Florida State University professor Nathaniel Line. “I suppose the hope now is that plans are merely postponed and not permanently canceled.”

Amy Fairchild, dean of Ohio State University’s College of Public Health, said that to start going back to life as we know it, “the first thing is the [coronavirus] test. Testing, testing testing.”

This is vital to the economy, Fairchild said. “When we draw a distinction between economic health and public health, that’s a false distinction. In fact, the two are intimately interrelated.”

Like many experts, she warns that when it comes to reopening, it’s not just about when. It’s about how.