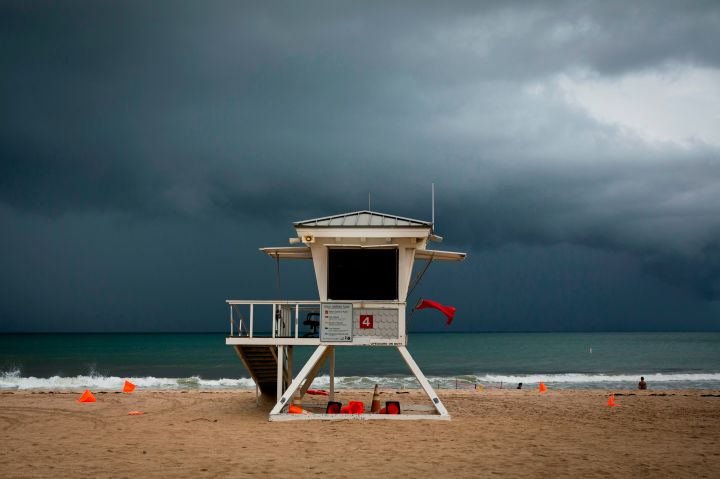 COPY
The pandemic has exacerbated a variety of elements that have led to a nationwide shortage of lifeguards. As summer begins, many pools and beaches around the country will remain closed. EVA MARIE UZCATEGUI/AFP via Getty Images

The pandemic has exacerbated a variety of elements that have led to a nationwide shortage of lifeguards. As summer begins, many pools and beaches around the country will remain closed. EVA MARIE UZCATEGUI/AFP via Getty Images
Listen Now

It’s the first day of June and Memorial Day weekend just passed. For many pools and beaches, it’s officially the start of the summer season.

But a lot of cities and towns are once again struggling to open all their pools and beaches because they can’t find enough lifeguards.

Milwaukee County in Wisconsin is looking to hire about 200 lifeguards for this summer. So far, Jim Tarantino at the Parks Department said they only have 60.

“What that means is we’re just not able to guard the beaches that are on Lake Michigan,” he said.

And the county’s only going to be able to open four of its 11 public pools.

Milwaukee has raised pay for lifeguards and made training free, “and it really hasn’t made a meaningful difference,” Tarantino said.

It’s a similar situation in Austin, Texas. Aaron Levine at the city’s parks and rec department said part of the problem is that for the first year of the pandemic, they couldn’t train any lifeguards.

“And then when we were able to start training again, we had some pretty strict limits to be able to keep social distancing,” he said.

“To overcome this, we need to train twice as many or three times as many people as we did before the pandemic,” he said.

Instead, he said, so far this year they’re only training half as many as before.