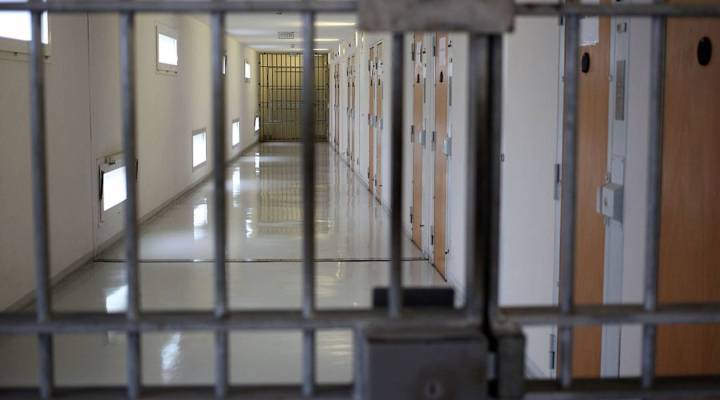 COPY
“Life has took me on a journey, and through much of that journey, I didn't feel whole, connected and grounded,” said Susan Burton. RICHARD BOUHET/AFP/Getty Images
Shelf Life

Kai Ryssdal and Maria Hollenhorst May 9, 2017

“Life has took me on a journey, and through much of that journey, I didn't feel whole, connected and grounded,” said Susan Burton. RICHARD BOUHET/AFP/Getty Images
Listen Now

A New Way of Life is a nonprofit organization in Los Angeles that offers transitional living and support services for women just released from prison. But to understand how that organization came to be and why it matters, you have to understand the story of the woman who founded it. Susan Burton served six prison sentences in 17 years, caught in a cycle of drug addiction and incarceration. Since founding A New Way of Life in 1998, she’s provided transitional housing and support services for over 900 formerly incarcerated women. Her personal story is the subject of a new book called “Becoming Ms. Burton.” She talked with Marketplace host Kai Ryssdal about her journey.

Kai Ryssdal: There is so much to unpack in this book, and I just want to start with the title. You haven’t always been Ms. Burton, have you?

Susan Burton: No. Life has took me on a journey, and through much of that journey, I didn’t feel whole, connected and grounded. So as a kid, everyone called me Sue. My daddy called me Susie Q. But through this journey, I’ve sort of risen to a place that I get this level of respect of Ms. Burton.

Ryssdal: Earned. Earned respect, based on your story. And I want to pull out two things. One is the word you just used: journey.

Ryssdal: Because it clearly has been for you. But also this idea now that you are raised up to this place where you have earned that respect.

Ryssdal: Because the trip you’ve been on, the journey you’ve been on, has been long and violent and hard. And I won’t go into it too much because I want people to read this book, but there’s sexual violence, there’s drug abuse, there’s prison time. And there is the death of your son, K.K. And that, I think, is the trigger factor here, right? Tell me about that.

Burton: So, you know I was born into poverty. And in that poverty, there was a lot of different types of abuse. And I endured it, and endured it, and endured it. And the death of my son, K.K., was sort of like the falling-off place. I began to drink very heavily, and that drinking escalated to drug use. The drug use sent me to prison, and I was caught in this other sort of institutional abuse and criminal justice abuse of traveling in and out of prison. Never ever being offered any type of help with my grief from the loss of my son, and the substance abuse that was a result of trying to medicate the grief.

Ryssdal: Though you were born in poverty, there was a time in your life, early, when your dad had a solid factory job and things were doing all right. And then it all kind of fell apart.

Burton: Yeah. You know, I can remember, as a child, the happy days of us all piling into the car and going to the drive-in. And that was a weekly routine for my father. He was a proud black man, and that all sort of vanished as America began to export jobs. It wasn’t talked about then, and it wasn’t recognized. I think that things aren’t talked about until it starts to affect people other than black people. And so my father lost his job. The factory closed down. The jobs were exported. And he began to wither away. And we stopped going to the drive-in on weekends.

Ryssdal: How old were you when your dad lost his job?

Ryssdal: Yeah. And then the rest of your childhood and early teen years?

Burton: You know, they were problematic. My mother ended up doing housework, and she actually applied for welfare. And my father and mother started fussing and fighting a lot. And we would hear the arguments and see my mother with, you know, a bruise. A black eye. And then my father would be often gone for periods of time. And my mother applied for the county. The county didn’t allow you to be on the county if there was a man in the house. And I remember a social worker coming to our houses looking in the closets and looking up under the beds and inspecting our house for a presence of a man. So if my mother and father were going to patch things up, her being on welfare didn’t allow for that. He had to get booted out of the house if we were going to have welfare.

Ryssdal: The first two-thirds, plus or minus, of this book is really hard to get through because we live along with you all the setbacks, and all the falling off the wagon, and all the going back to jail. And it takes us a while to get to the point where it turns around for you. What happened to turn it around?

Burton: So what happened that turned it around was first a conversation with a teacher at California Rehabilitation Center.

Ryssdal: You had gotten into a drug treatment program in prison, right?

Burton: Yeah I had.

Ryssdal: That’s what this was.

Burton: Yeah. I had gotten into a diversion-like program on my fourth prison term. I had pushed the courts to give me that. So in this class, it would talk about family dynamics, and abuse, and violence, and the environment. And it woke up things that had happened in my lifetime. So I went to the teacher, and I said, “Ms. Tucker, I can’t sleep at night. I’m having thoughts and memories about some experiences.” And she looked at me and said, “Don’t worry about passing my class. You have too many other things to deal with.” And that was the first time someone had actually said, “Something really went wrong with your life. And don’t worry about it, we’re going to help you.” It was the first time I had had validation.

Ryssdal: It takes a while from that incident to the last time you were imprisoned — a number of years. But when you got out of prison that last time, you literally you say in the book that all you had were the clothes on your back.

Burton: Yeah. People are released from prison so unprepared. They give you $200. We call it gate money. And you have to pay for a bus ticket back to L.A. You get off the Greyhound bus, downtown Skid Row, and you’re supposed to make a life from that. Many times, I left the prison thinking, “I’m smart. I can make it. I won’t get caught up again.” But you get off downtown Skid Row, and you’re a target for all of the environmental harms in that area. The pain and trauma in that area is so thick, you can almost reach your hand out and touch it. You don’t have clothing, you don’t have a place to live. How do you make a life out of that? So ultimately, each time, I failed

Ryssdal: Except for the last time.

Burton: Yes. I actually found a treatment facility in Santa Monica, California, that had this buffet of services. You could pick all the things that you need to repair your life.

Ryssdal: And we should be clear here, Santa Monica and the place where you were could not be more different from Skid Row.

Burton: It’s really a whole different world. It’s rich. It’s white. It’s resourced. And I began to you use those resources. And then it dawned on me, why wasn’t I offered this long, long time ago? Why wasn’t it offered to people in South L.A., where the war on drugs had decimated that community.

Ryssdal: Now you have this organization you run.

Ryssdal: A New Way of Life, in which you offer services, help and protection to the women coming out of prison. Tell me about that.

Burton: So based on what I received in Santa Monica, I thought if we had this in South L.A., our community would be a lot better off. So I worked a minimum wage job, lived in with a person, saved $13,000 and got a little house. When I got the house, I would go down to Skid Row where I used to get off the bus. I knew that bus would pull up at 1 o’clock and 5 o’clock every day, delivering women from prison. And I’d say “Hey girl, I have a house. It’s drug and alcohol free. If you want to go there, if you want a bed there, I have one for you.” Some women came. Some women didn’t. But it wasn’t long before the house was filled. There was 11 of us living in it. I slept in the dining room. That was my little office/bedroom. I brought bunk beds from IKEA. There was a beautiful community of women struggling to enter, but supporting each other in so many ways. If someone found a resource, they’d share that resource. We were a community of women, formerly incarcerated women, supporting one another.

Ryssdal: I’m sure you’ve thought of this over the years. You have broken the cycle. You broke the cycle of violence of drugs, of abuse. I’m sure you look back and say, “Oh, my goodness.”

Burton: Yeah, I looked back and I feel so fortunate to have made that journey from all the pain and trauma to healing and health and life. Not only for me but for many, many women and their children. One of the realities is that I can’t bring my son back. But I can celebrate another woman getting her child back. And I can’t take back the years that I spent traveling in and out of the prison system. But I can help another woman get her life back. So, that’s what I do.

Copyright © 2017 by Susan Burton. This excerpt originally appeared in “Strangers in Becoming Ms. Burton: From Prison to Recovery to Leading the Fight for Incarcerated Women,” published by The New Press. Reprinted here with permission.