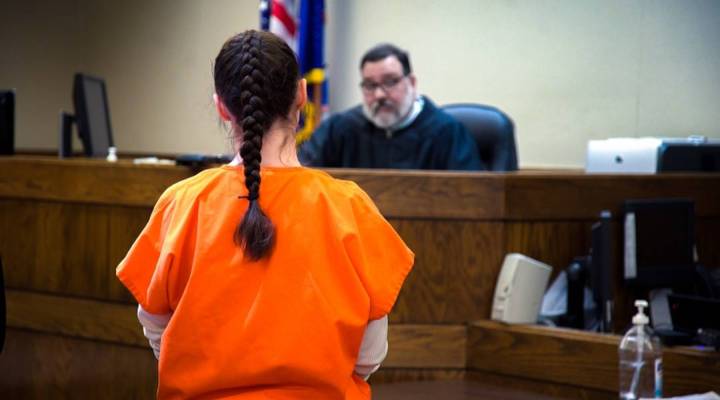 For the past 30 years, courts in the United States have experimented with different programs designed to keep convicted offenders out of jail — things like drug court or court-ordered community service, where people work off jail sentences. We’re at a moment where these kind of work programs are ballooning in popularity as a potential solution to mass incarceration. It’s something we explore in the newest season of our podcast The Uncertain Hour.

But these programs raise the question: Is mandated community service a good alternative to jail or does it create a system of easily exploited free labor?

Marketplace’s Kimberly Adams spoke to Heather Ann Thompson, Pulitzer Prize-winning historian and University of Michigan professor, about the trend. The following is an edited transcript of their conversation.

Kimberly Adams: So how is the justice system rethinking sentencing and mass incarceration?

Heather Thompson: Well, I think that most who work for the justice system or who’ve experienced it understand that we’re in a bit of a crisis. There are way too many people locked up, so there’s a real push to think about doing justice differently. A key feature of that is to think about alternatives to actual imprisonment.

Adams: And what do you mean by alternatives to imprisonment?

Thompson: Well, I think there are a number of options. There are different kinds of courts. For example, there are now drug courts. There’s also a real move to community service and community supervision, where someone would actually work for a locality rather than be locked up. And the idea is that they’re giving back to the community while also being close to family and not costing the state a lot of money in terms of incarceration.

Adams: But how much money do communities actually save by using these types of programs?

Thompson: From the cost-saving point of view, of course, it’s a cost-shifting mechanism that puts a lot of burden on the folks who are doing that community service. Their families are now bearing the costs of incarceration, and it’s also really not clear how much is saved financially because of the enormous bureaucracy.

Adams: You mentioned the costs of these programs on individual families. Can you talk about those costs when those folks are under home supervision?

Thompson: It is, of course, the family member that has a family person living in their home who’s forced to work for free for the state. So in other words, they’re not making any money, but, of course, family members are still having to house them and feed them. But we need to be clear that this incarcerated person, now incarcerated at home, is still making money for some other entity, and it’s the family that’s picking up those hidden costs of incarceration.

Adams: What would need to change to make these systems, in your opinion, work better?

Thompson: The most important question is why do we have so many people in that system more than any other time in American history, more than any other country. So if we want to solve this, we have to stop treating social problems with criminal justice solutions.