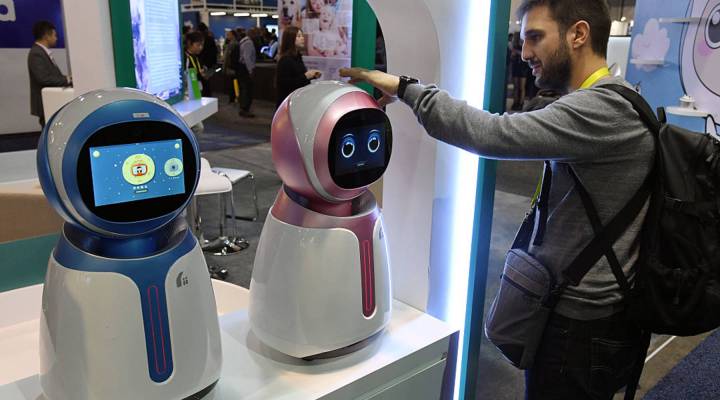 The research and development budget for the Department of Defense was $71 billion in 2016. Compare that to the Department of Labor, which was roughly $4 million. That’s a statistic Thomas Kalil, former deputy director for technology and innovation at the White House Office of Science and Technology Policy, wants Americans to reflect on.

“There’s not a group at the Department of Labor who’s saying, ‘How could we take advances in artificial intelligence and figure out how [they] would be used to reduce the time for a non-college educated worker to gain a skill that is a ticket to the middle class?'” said Khalil, now an entrepreneur-in-residence at University of California, Berkeley, after leaving his post at the end of the Obama administration.

While others advocate for a universal basic income to offset lost wages due to automation or a tax on robots taking people’s jobs, Kalil believes the government should work with the brightest minds and companies to invest massively in new ways to help workers adapt to a workforce that increasingly includes algorithms, software and machines doing the work humans used to.

“The problem that they were trying to solve is could they reduce the time required for new Navy recruits to become an expert in a technical subject,” said Kalil, “and reduce that time from years to months.”

The Navy needed a lot of people to learn information technology systems administration in order to deal with computers blacking out at sea. DARPA, along with a Silicon Valley firm called Acuitus, studied the optimal relationship between a teacher and student and developed a one-on-one artificial intelligence system to supplement human instructors.

“You know, if everyone had their own Socrates,” Kalil said, “the [system] can figure out how to keep you on the knife-edge between you being bored because the problem is too easy and you being frustrated because the material is too hard.” Not only that, but the computer also figured out a way to help students when they got stuck, with just the minimum hint necessary for them to figure it out themselves. Early evaluations of the program, called Education Dominance, were very promising.

“After four or five months, these new Navy recruits were outperforming people who had been with the Navy for seven to 10 years,” Kalil said. That’s just one program, but Kalil’s broader point is there might be a way to apply advances in technology to smooth the disruption it brings to the job market.

“The private sector is underinvesting because they might not see an immediate opportunity,” Kalil said, “and the agencies that are responsible for worrying about these issues, like the Department of Labor, like HUD, we’ve never said, ‘Hey, you should have a research arm that could do for economic and social mobility what DARPA’s does for the military or what NIH does for biomedical research.'”

A moonshot research project is one idea for adjusting to the teched-up labor market of the future. Another idea comes from Harvard economist Richard Freeman. He proposes getting more people to own the robots. In other words, what if workers had an ownership stake in the machines taking their jobs?

“The best thing is [the workers] should become capitalists in some sense and own part of it.” Freeman suggests creating incentives for workers to buy stock and for companies to pay their workers in stock. The idea is stocks will go up as companies get more profitable from new technology. If workers become shareholders, they can benefit along with company owners from these productivity gains.

“You certainly would want to have shares not only in the company that you are working at, that’s always risky, you’d want to have a broad-based set of shares,” Freeman said. “About 10 percent of American workers are in employee stock ownership plan companies, and many high-tech firms have either profit sharing and ownership schemes or stock option plans.” Freeman said this payment model has been shown to make employees work harder and smarter while also giving them a protection if their wages don’t rise due to technological or other reasons. Like any big idea, it will require a big change in our laws and in our culture — a change that we might not yet be ready to make.

Interested in other ways to “Robot-Proof” the American workforce? Listen to our special podcast and check out the most and least automatable jobs in America. 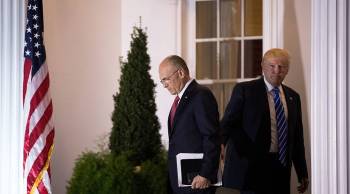