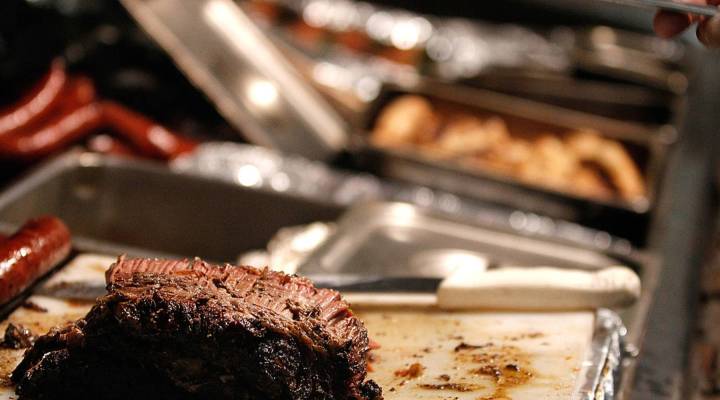 I explained to the President of China that a trade deal with the U.S. will be far better for them if they solve the North Korean problem!

North Korea is looking for trouble. If China decides to help, that would be great. If not, we will solve the problem without them! U.S.A.

Trump’s tweets following the meeting had a different tone. On Saturday, he wrote on Twitter that the meeting had created “goodwill and friendship,” but that “only time will tell on trade.” One of a few concrete things that came out of the meeting happened to be the potential for U.S. access to the Chinese market for beef.

Cattle raisers in the U.S. haven’t had access to the Chinese market since 2003, when a mad cow disease scare led China, Japan and Korea to stop importing meat from the U.S.

Chad Bown, senior fellow with the Peterson Institute for International Economics in Washington, said American ranchers are anxious to export to the growing Chinese middle class.

“Before the mad cow outbreak, China was not yet a large market for U.S. beef exporters,” he said. “But, of course, it’s of huge potential, so we’ll have to see what transpires there.”

The Chinese government said last September it would lift the ban on imports of some U.S. livestock, but U.S. beef exporters have yet to see that come to pass. Isaac Stone Fish, senior fellow at the Asia Society’s Center on U.S.-China Relations, said beef trade makes sense.

“China does not produce that much beef, and I think it would be an area where they could gracefully yield,” he said.

Stone Fish said getting U.S. beef on Chinese tables is going to be easier than getting China to allow Twitter or Facebook on phones and computers there.