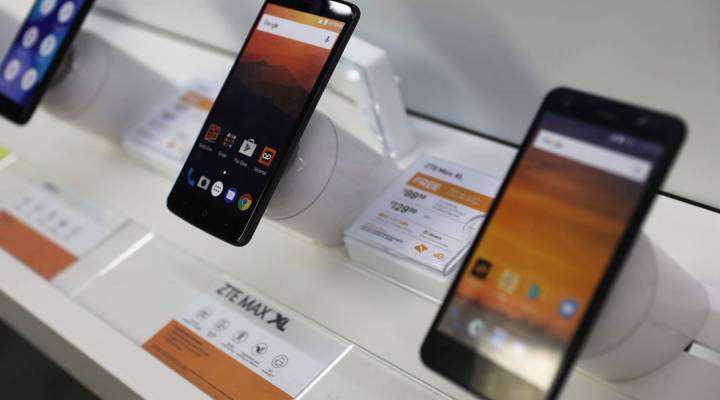 The Chinese smartphone and telecom company ZTE will officially be allowed to do business in the U.S. again.

But back in May, President Donald Trump began talking about a plan to save the company.

The terms of the deal include a $1 billion penalty against ZTE and dictate that the company install a U.S. chosen compliance team. It also includes $400 million in escrow to cover any future violations and requires ZTE to change its board of directors and executive team within 30 days.

ZTE had been crippled by American sanctions, partly because it relies on American-made components to build its phones and cellular equipment.

Crack open some ZTE Android phones, and you’ll find that Qualcomm Inc. — an American company — designs most of their processors. The dominance of U.S. semiconductor tech in Chinese phones has actually led to great angst in Beijing, and reveals that American firms are ahead in semiconductor and other technologies. The Chinese government is investing billions in homemade core technologies in sectors like information technology, robotics and cyberspace.

ZTE also wanted to be more present in the American smartphone market, but the April shutdown had complicated that plan. It was reported that last month T-Mobile was going to walk away from an agreement worth more than $1 billion to distribute ZTE smartphones, among other products, in the U.S.

Whether this deal will change that decision has yet to become clear.